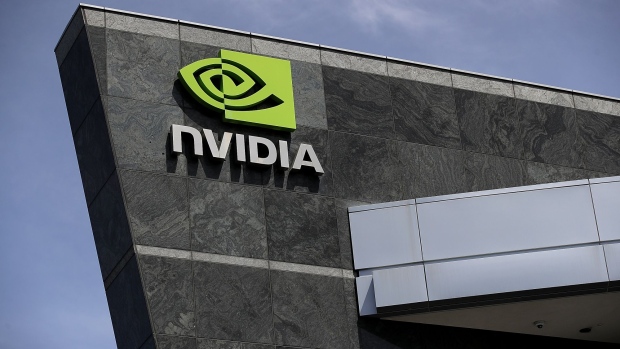 (Bloomberg) -- NVIDIA Corp. will attempt to build the U.K.’s most powerful computer to help the fight against Covid-19 while it seeks government approval to buy Britain’s biggest tech company, Arm.

Santa Clara-based Nvidia announced the $40 billion acquisition of semiconductor giant Arm from SoftBank Corp. last month and the deal is now awaiting scrutiny by regulators. The British government is considering attaching conditions on the number of jobs Nvidia would keep in the country, according to people familiar with the matter.

Researchers “have open questions that they just can’t get answered with the compute resources that they have available to them,” Kimberly Powell, Nvidia’s general manager of healthcare, told reporters on a call. Equipped with greater processing power, the researchers can run more simulations of how molecules collide with each other, process more data sets and scan image libraries to spot and mark biomedical indicators.

The “Cambridge-1” machine will have computing power of 400 petaflops -- a measurement of calculations per second -- and will be accessible to researchers from GSK, AstraZeneca Plc, King’s College London, St Thomas NHS Foundation Trust and Oxford Nanopore, a company that sequences molecules including DNA.

It’s “not a commercial endeavor,” an Nvidia spokesperson said when asked if it would charge for access to the computer.