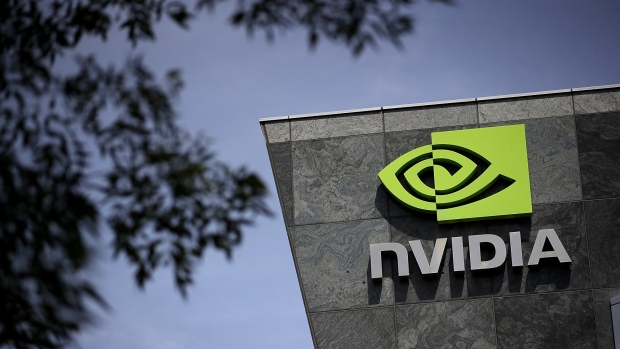 (Bloomberg) -- Nvidia Corp. won the bidding war against rival chipmakers for Mellanox Technologies Ltd. Now, the company will have to win over Chinese regulators.

Nvidia and Mellanox, which makes data-center interface technology, each get about a quarter of their sales in China, the biggest market for semiconductors. That means they’ll need approval from that country’s government, something that is far from guaranteed. China’s desire to bolster domestic chip production may be influencing its regulatory processes, just as the U.S. uses its own as a tool to maintain its pre-eminence in the industry. The two countries are also still locked in a trade war with no date set for their leaders to meet, a dispute that could hang over any regulatory decisions if not resolved.

Questions about Chinese regulatory approval played out in the market’s reaction to the deal. Nvidia agreed to pay $125 per share for Mellanox, a 14 percent premium to the stock’s price last week before the transaction was announced. On Monday, Mellanox’s stock jumped, gaining 7.8 percent at the close in New York -- but only to $117.89, well shy of the offer price, indicating a lack of certainty that the deal will close.

Santa Clara, California-based Nvidia, whose graphics chips are loved by computer gamers, particularly in China, said it has closely studied the regulatory prospects for the deal and is confident it will get the approvals needed by the end of the year. Nvidia and Mellanox don’t have any product overlap and their technology is complementary, which will bolster the case in favor of the deal, according to Chief Executive Officer Jensen Huang.

Still, there’s some chance that China’s regulators will decide to reject or stall the combination, according to Susquehanna International Group analyst Christopher Rolland, because the country may consider the high-performance computing market involved to be "nationally important" -- making consolidation of suppliers a potential risk. Governments are among the biggest users of such technology themselves, for applications such as energy and military programs, and therefore tend to look at these deals more closely, he said.

Investors have reason to be wary, with other major chip acquisitions falling apart amid the trade scuffle in recent months. Last year, Broadcom Inc.’s hostile takeover of San Diego-based Qualcomm Inc. was blocked by a presidential order in the U.S., citing national security concerns. Later in the year, Qualcomm gave up its own pursuit of NXP Semiconductors NV after it failed to win approval from China for more than 21 months.

Under President Donald Trump, the U.S. has made the semiconductor industry a key focus for national security, and has blocked deals and launched investigations aimed at making sure China doesn’t erode the country’s technology leadership.

In the meantime, Nvidia’s announcement sparked optimism that acquisitions in the chip industry will resume after a pause in recent months, caused by the difficult regulatory environment. “This could reinvigorate M&A discussions across the entire sector,” RBC Capital Markets analyst Mitch Steves wrote in a note. “A deal would be more impactful for the broader semiconductor industry.”

To contact the editors responsible for this story: Jillian Ward at jward56@bloomberg.net, Andrew Pollack