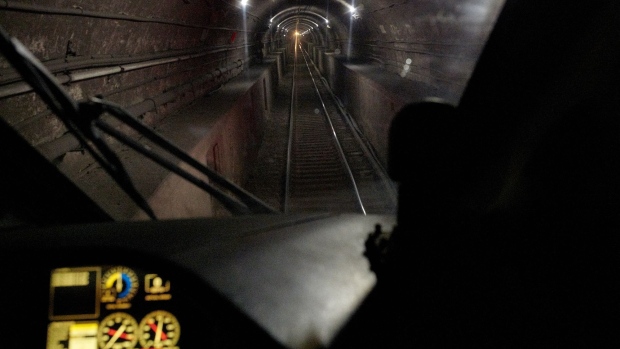 (Bloomberg) -- The Gateway commuter-rail tunnel project in New York and New Jersey is receiving a long-awaited priority boost that will make it eligible for federal funding.

The Federal Transit Administration, which provides grants for local bus, subway and rail systems, is raising the project to “medium-high” from “medium-low,” according to a person familiar with the matter. The rating needs to be at least medium in order to qualify for the federal program.

President Joe Biden’s infrastructure law appropriated an additional $8 billion over five years to the FTA’s Capital Investment Grant program, which included Gateway on a list of priorities, but still had the $12.4 billion project under review.

The Partnership for New York City, the Association for a Better New York, the General Contractors Association of New York and other business groups had urged the FTA to issue a higher rating.

Gateway is crucial for Amtrak’s Northeast Corridor, its busiest route, carrying more than 2,200 daily trains and stretching from Washington D.C. to Boston. The project includes construction of a new commuter-rail tunnel under the Hudson River to Manhattan as well as replacement of the existing tunnel.

Construction permits for Gateway are in place, but the project still needs $5.6 billion of federal money. Amtrak will pay $1.4 billion while New York, New Jersey and the bistate Port Authority pay a combined $6.1 billion.