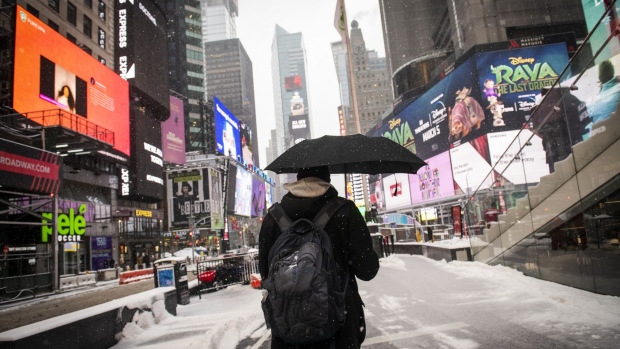 A pedestrian carries an umbrella while walking through the Times Square area during a winter storm in New York, U.S., on Thursday, Feb. 18, 2021. A meandering storm will leave New York and the Northeast with up to 8 inches (20 centimeters) of snow through Friday, while ice and cold continue to plague Texas. Photographer: Mark Kauzlarich/Bloomberg , Bloomberg

Grillo currently serves as the President of the New York City School Construction Authority, where she started working in city government nearly three decades ago.

She oversaw the city schools rebuilding effort after Hurricane Sandy and said she wanted to bring those lessons to rebuild the city after Covid, “cut through the noise and get things done,” she said during a Monday briefing.