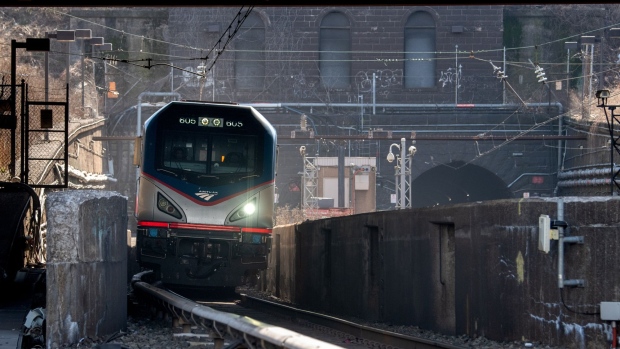 Schumer said mass-transit systems are poised to benefit from Democratic control of Congress and the administration of President Joe Biden, a long-time Amtrak commuter who picked former New York City Transportation Commissioner Polly Trottenberg as the Deputy Secretary of Transportation.

That includes unlocking $12 billion to build a new rail tunnel linking New York and New Jersey through the Hudson River, green-lighting a congestion-pricing program in Manhattan that will finance $15 billion of infrastructure projects and allocating another $20 billion of federal aid for public transportation systems throughout the U.S., with “a good chunk” of that going to New York City’s Metropolitan Transportation Authority, Schumer said.

“We’ve got to build on this success moving forward in the next relief bill but also as part of a larger paradigm shift toward the priority of mass transit in federal investment,” Schumer said during a video call with The Riders Alliance, which promotes funding for public transportation in New York.

Federal aid during the coronavirus pandemic allowed the MTA, the largest mass-transit system in the nation, to avoid drastic service cuts and thousands of layoffs that would have cost an estimated $65 billion in annual gross domestic product for the region. The area accounts for about 8% of the nation’s economic output.

“If we don’t do well, the rest of the country doesn’t do well,” Schumer, a Brooklyn native, said during the call. “And without mass-transit, we can’t do well.”

Schumer said he’s working with the Biden administration and U.S. Secretary of Transportation nominee Pete Buttigieg to “unleash” $12 billion available for the Gateway project, which will build one new Hudson River rail tunnel and repair another. He’s also urged Buttigieg to give the MTA federal guidance on implementing congestion pricing, a needed step to begin charging motorists coming into Manhattan.

“I told him it’s important that he figure this out and break through the deadlock,” Schumer said about his recent talk with Buttigieg on congestion pricing. “And he seemed very amenable and open to it. So I think we’ll be ok.”

Biden’s national relief bill includes $20 billion for mass-transit agencies across the country. Schumer is also seeking more money for public transportation in a separate infrastructure bill. When funding transportation, Congress tends to allocate about 80% to highways and 20% to transit, a formula the Senate Leader is seeking to change.

“I will introduce an infrastructure recovery package that focuses on transit and other climate friendly modes, but we need a national movement to do this,” Schumer said.