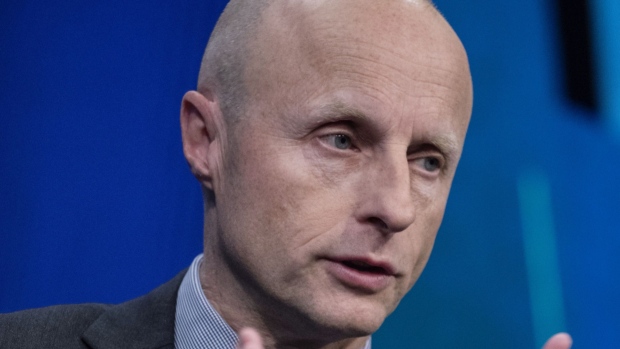 Andy Byford, a Briton lionized as New York City’s “Train Daddy,” resigned as chief of the subway agency just two years after taking over the busiest mass-transit system in the U.S.

Byford, 55, who started his career in the U.K. and ran Toronto’s transit agency, had been credited with improving subway service and persuading state and city lawmakers to pour billions into a system plagued by service interruptions and equipment breakdowns.

New York City Transit, part of the state’s Metropolitan Transportation Authority, has 8 million daily riders. Under Byford, average on-time performance exceeded 80 per cent last year for the first time since 2013. That’s up from 67.1 per cent in 2018.

Byford’s departure came after friction with New York Governor Andrew Cuomo over finding billions to revamp signal technology developed almost a century ago, purchase new subway cars and buses and upgrade equipment and station maintenance. The subway chief moved to resign in October, but stayed after being assured that he would retain influence over policy and operations. Byford’s decision Thursday seems final.

In a letter to MTA Chief Operating Office Mario Peloquin, Byford said he was quitting because a cost-cutting plan advanced by Cuomo would centralize major decisions on projects, “leaving agency presidents to focus solely on the day-to-day running of service.”

Byford was a popular figure, riding the transport he supervised, greeting commuters and inquiring about their experience. Stickers showing his hairless head as the first car of a train, Thomas the Tank Engine style, blossomed around the city with the slogan “Train Daddy loves you very much.”

On Thursday, Stephen Mortley, 40, a marketing executive on the 5 train headed toward Brooklyn, said Byford’s departure was disappointing.

“Byford had so much in the pipeline that we wanted and he was on the cusp of doing,” Mortley said. “We could see the trains getting better. It’s an unfortunate clash of egos for him to quit and I blame both the governor and Byford because it shows no concern for the common man.”

Despite his popularity among straphangers, there was one important figure he failed to win over: Cuomo. The governor has had a fraught relationship with the agency he oversees, taking credit for improvements like the opening of the long-awaited Second Avenue line, but ducking criticism as the overall system decayed.

On Thursday, Cuomo said Byford “was a good man,” but the two disagreed over centralizing operations. Cuomo wants to consolidate construction projects throughout the MTA, which would diminish Byford’s power over timetables for subway construction and maintenance. The governor objected to Byford’s seven-year time frame to overhaul the signaling system, saying the job could be done faster.

“The MTA has to find economies of scale, it has to find efficiency and that’s what it’s trying to do,” Cuomo said at a Manhattan news conference. “They have to do a better job on construction.”

Byford’s arrival in January 2018 came after a “summer of hell” marked by daily breakdowns, delays, track fires and equipment failures that cost the city economy millions of dollars in lost employee work time. In 2020, the system’s ricketiness persists, but full-out commuting meltdowns are rarer.

Andy Byford, the outgoing head of Canada's largest transit service, speaks with BNN about his experience working with Bombardier, the funding challenges that remain, and his expectations for what's waiting for him in New York City.

“Andy was instrumental in moving the system forward,” MTA Chairman Patrick Foye said in a statement.

Reinvent Albany, a government watchdog group, blamed the resignation on the governor.

“We view Byford’s resignation as a very bad sign for the MTA and NYC Transit, which we believe have been politicized by Governor Cuomo,” said Rachael Fauss, a spokeswoman. “Byford is widely known to have chafed at the politicization of the MTA under Governor Cuomo, whose penchant for secretiveness, message control and top-down directives conflicted with Byford’s philosophy of building trust through consultation, personal accountability and transparency.”

Fauss said the two disagreed over Cuomo’s demand that the MTA depend on a new radar-like wireless technology for subway signaling, which she characterized as an untested technology.

Byford and Cuomo also clashed over the governor’s insistence upon a quick and inexpensive fix for a damaged East River tunnel linking Manhattan and Brooklyn. Byford had favored an 18-month closing, requiring transformational adaptation of local streets for bicycles and buses. Cuomo prevailed.

“There are very few people in government who could communicate a plan of action,” said Manhattan Borough President Gale Brewer. “He was beloved and respected by the workers and the riding public. It’s a loss to New York City.”

Byford’s leadership was praised by Danny Pearlstein, policy and communications director for the Riders Alliance, an advocacy group. He said it’s up to Cuomo to maintain Byford’s momentum.

“Management will come and go, but the governor is responsible to keep a team in place that will build on Byford’s success,” Pearlstein said. “Riders will keep holding the governor accountable.”