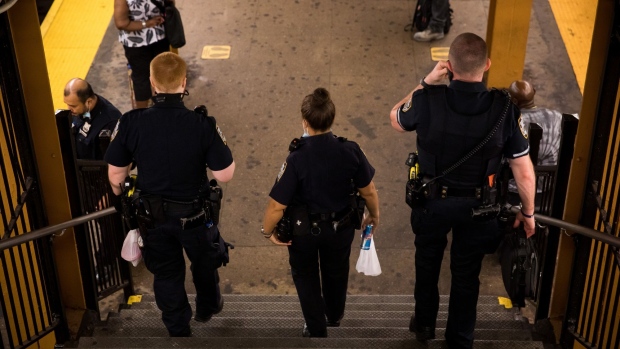 NYPD officers monitor a crime scene in the 73th precinct in the Brownsville neighborhood in the Brooklyn borough of New York, U.S., on Sunday, Sept. 19, 2021. In fiscal 2020, New York City police officers logged more overtime hours than any other big city in the U.S., and violent crime rates still went up. Photographer: Michael Nagle/Bloomberg , Bloomberg

(Bloomberg) -- The US Justice Department is investigating New York Police Department’s special victims division for its handling of sexual crimes.

The federal government is investigating alleged deficiencies at the unit that include “failing to conduct basic investigative steps and instead shaming and abusing survivors and re-traumatizing them during investigations.”

“Based on information provided to the Justice Department, we find significant justification to investigate whether the NYPD’s Special Victims Division engages in a pattern or practice of gender-biased policing,” Lisa Monaco, deputy US attorney general, said in a release Thursday.