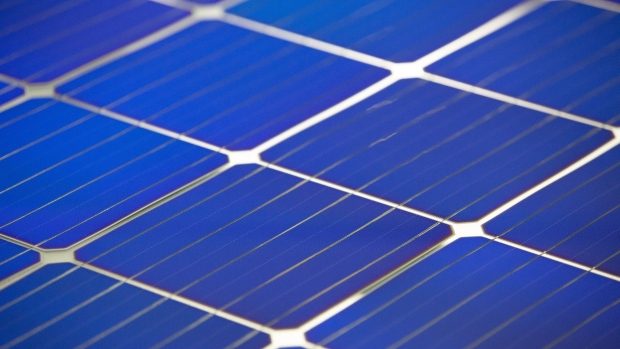 Array Technologies Inc. rose 66 per cent in its trading debut after its expanded initial public offering raised US$1.05 billion for the solar company and its largest shareholder.

Shares of the company, a provider of solar-tracking solutions for utility-scale projects, closed at US$36.45 Thursday in New York trading. Array Technologies has a market value of about US$4.7 billion based on the outstanding shares listed in its filings with the U.S. Securities and Exchange Commission.

The public debut of Array Technologies comes amid a surge in investor interest for green stocks and equities with an ESG bent. Stocks of several solar companies have hit all-time highs this month as anticipated industry growth could be super-charged under a potential Joe Biden presidency. Biden is aiming to eliminate carbon emissions from the power sector by 2035.

“What we do is a catalyst for decarbonization,” Jim Fusaro, chief executive officer of Array Technologies, said in an interview. He pointed to several “mega-trends” boosting solar, including electrification, the retirement of coal-fired plants and solar power becoming cost-competitive in many markets.’

BloombergNEF projects 10 gigawatts of utility-scale solar will be installed in the U.S. in 2020, the biggest year for the sector since 2016.

ATI will own most of the company’s stock after the listing, according to its filings.

For the six months ended June 30, Array Technologies had net income of US$76 million on revenue of US$553 million, according to its filings.

The offering was led by Goldman Sachs Group Inc., JPMorgan Chase & Co., Guggenheim Securities and Morgan Stanley. The shares are trading on The Nasdaq Global Market under the symbol ARRY.