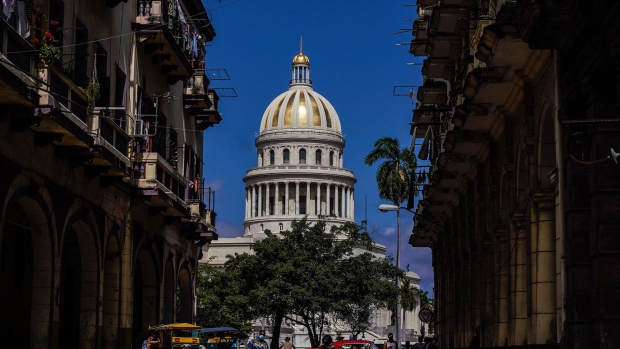 (Bloomberg) -- The Organization of American States said it’s holding the government of Cuba responsible for the health of 27 members of the Patriotic Union of Cuba who have been on a 19-day hunger strike.

The members of the group, known as UNPACU, were fighting “for basic freedoms” and “facing a dictatorial regime,” according to a statement from the OAS General Secretariat.

In the lead-up to the hunger strike that began March 20, Cuban security forces had been harassing its members, UNPACU said, keeping them from gathering and blocking their attempts to distribute free food and medical care in some of Cuba’s poorest neighborhoods.

The Cuban government has accused UNPACU and its leader, Jose Daniel Ferrer, of being provocateurs on the U.S. government payroll.

The Washington-based OAS is the Western Hemisphere’s top regional forum for discussion of democracy, human rights and poverty and has representatives of every independent country in the Americas except Cuba.

“The Cuban dictatorship is an enormous burden on its people,” the OAS said, “and should have been extinguished like the other dictatorships of the 1960s and 1970s in the hemisphere.”