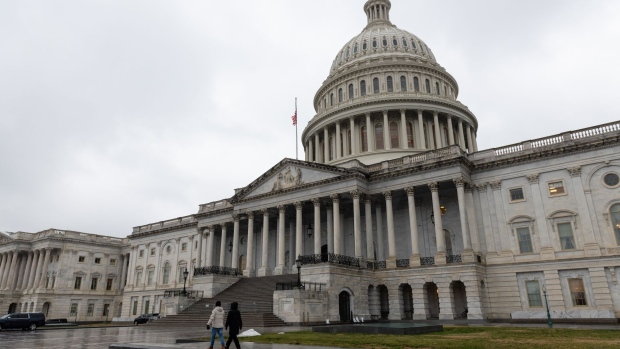 (Bloomberg) -- A Florida member of the right-wing Oath Keepers militia charged in connection with the Jan. 6 insurrection accused Congress of obstructing the criminal case against him, signaling one possible long-shot defense at a trial set for July.

The House select committee probing the attack on the Capitol is tainting the jury pool in Washington by unfairly portraying those who participated in the riot as “monstrous domestic terrorists,” Kelly Meggs, one of the Oath Keepers charged with seditious conspiracy, said in a court filing Wednesday.

Meggs and other Oath Keepers, including founder Elmer Stewart Rhodes, entered pleas of not guilty yesterday. Meggs argues that the committee’s hearings are “perjury traps” that aren’t restrained in ways that presume innocence, as they are in court. Rhodes, along with the leader of the Proud Boys group, were subpoenaed by the committee in November.

“One might reasonably argue that the Select Committee is intimidating witnesses, tampering with witnesses, as well as massively violating the due process rights of these defendants by its flood of publicity and extra-judicial statements condemning in public these defendants,” Meggs’s lawyer said.

The lawyer signaled he’ll seek to have the case moved to another city or tossed out because of the alleged actions by members of Congress, who he argues should “remain silent until these cases come to trial.”

Dozens of militia members from across the U.S. joined thousands of supporters of former President Donald Trump in the raid to prevent President Joe Biden’s election victory from being certified by Congress. More than 140 police officers were injured, lawmakers fled and House offices were ransacked during the deadly attack. More than 700 people have since been charged.