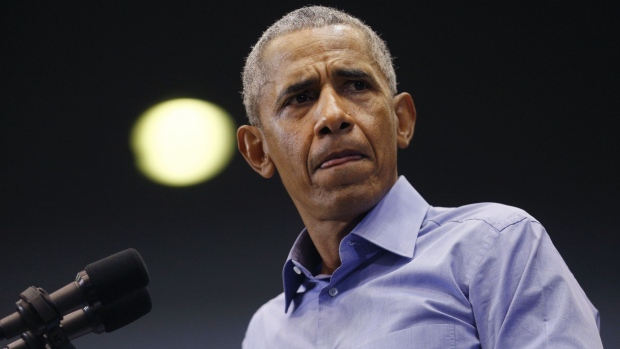 Speaking with his former adviser, David Plouffe, on a podcast, the former president pointed to Trump’s recent remarks linking his opposition to $25 billion in emergency USPS funding to his fears about mail-in ballots.

“What we’ve never seen before is a president say, ‘I’m going to try to actively kneecap the Postal Service to encourage voting, and I will be explicit about the reason I’m doing it.’ That’s sort of unheard of, right?” Obama said.

Obama, who has only spoken out rarely about Trump’s actions in office, urged voters and elected officials to take steps to “protect the integrity” of the election.

“The thing I’m most worried about is … how do we protect the integrity of the election process?” he said. “How do we make sure that people’s votes are counted? How do we police and monitor how state officials are setting up polling places and ensuring that every vote is counted?”

Trump has repeatedly made unfounded claims that mail-in voting is rife with fraud and hurts Republican candidates, but his opposition has not stopped most states from expanding their vote-by-mail options for the November election.

On Thursday, Trump said that not approving a financial lifeline sought by Democrats would mean that “you can’t have universal mail-in voting because they’re not equipped to have it.”