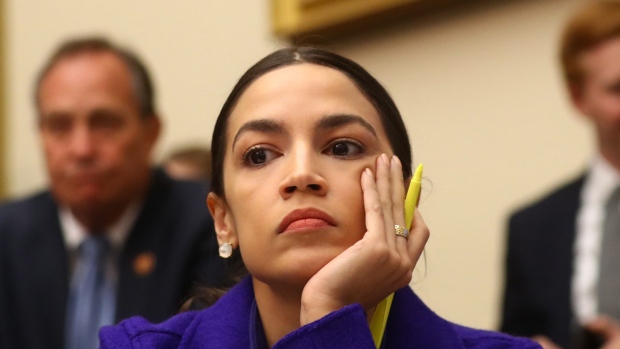 “If you’re a boss tweeting firing threats to employees trying to unionize, you are likely breaking the law & can be sued, in your words, ‘on the spot,’” Ocasio-Cortez wrote on Twitter.

Portnoy then tweeted back, “Hey @aoc welcome to the thunder dome. Debate me.” Barstool, which has built its audience on its outrageous, often juvenile sports coverage, promptly collected the two tweets under the headline, “AOC vs. Dave ‘The Union Crusher’ Portnoy, We Are Officially Living in Bizarro World.”

Portnoy is listed on Barstool’s website as founder and chief of content and has previously made a show of firing employees. His earlier tweets promised to crush organizing activity and fire any employees who spoke with a lawyer or a journalist about forming a union at the site.

Barstool, which is majority-owned by the Chernin Group, did not respond to requests for comment Tuesday on Portnoy’s tweets. The company has amassed a large, loyal and vocal audience enthusiastic about posts like “Grading the Newest Sex Scandal Teacher” and popular podcasts like sports talk show “Pardon My Take” and sexcapade tell-all “Call Her Daddy.”

Federal law allows managers and other agents of a company to criticize unions, but restricts them from threatening to punish employees who organize. “As an employer, you can hate unions, denigrate unions, oppose unions,” said University of Wyoming law professor Michael Duff, a former NLRB attorney. “But you may not, in reaction to real or imagined concerted employee activity, make statements containing threats of reprisal.”

To contact the reporter on this story: Josh Eidelson in Washington at jeidelson@bloomberg.net

To contact the editors responsible for this story: Janet Paskin at jpaskin@bloomberg.net, Joe Schneider