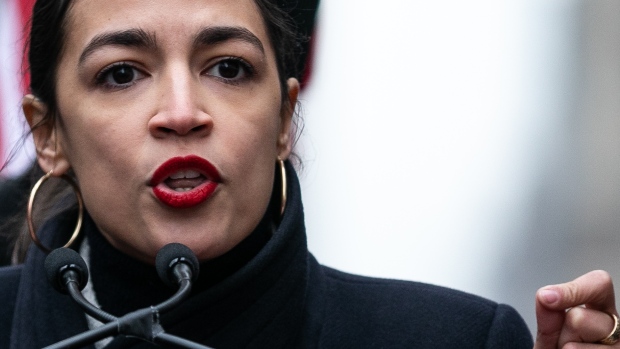 The New York Democrat and outspoken socialist wrote to the chief executive officers of the companies Friday and said she was "disappointed" in their sponsorship of LibertyCon conference.

"The example you have set promoting sustainability and evidence-based science is compromised by your implicit support of the session organized at LibertyCon," she said in the letter, which was joined by Democratic Representative Chellie Pingree of Maine.

The Enduring Challenges for Climate Change and Energy Policy

The letter isn’t the first time Ocasio-Cortez has targeted technology giants. On Twitter in response to layoffs at BuzzFeed and other news organizations, she singled out Facebook and said the biggest threats to journalism are "tech monopolies & concentration of ownership."

In their letter to the tech companies, Ocasio-Cortez and Pingree compared denial of climate change to the way tobacco companies once sought to deny that cigarettes cause cancer. They said it is "imperative to ensure" that the views expressed at the conference don’t reflect the values of the companies. The letter didn’t describe details of the session Ocasio-Cortez objected to.

Libertycon is an annual conference organized by Students For Liberty, a global libertarian student network that was founded in 2008, according to its Facebook page.

Ocasio-Cortez is a vocal supporter the Green New Deal, which envisions a transition by the U.S. to 100 percent renewable energy.