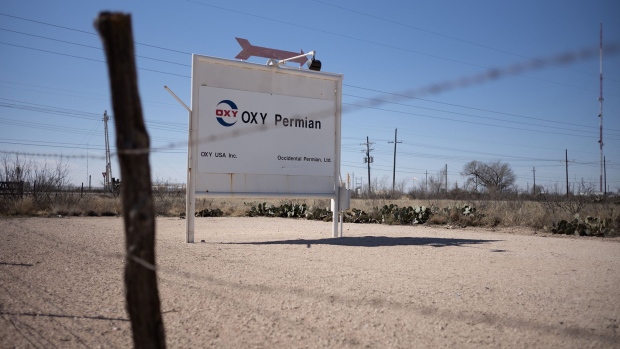 The onshore Goldsmith field in the Permian Basin, near Midland, Texas. Bloomberg/Javier Blas

Occidental Petroleum Corp., the oil producer that earlier this year slashed its dividend to a penny per share, plans to issue roughly 113 million warrants to holders of its common shares.

Investors will get an eighth of a warrant for every share held and each warrant will entitle them to purchase one share at US$22, the Houston-based company said in a statement. The stock closed Friday at US$17.69.

The move won the support of one the company’s largest investor, Carl Icahn. “I am glad that at this juncture the entire board as well as management is committed to enhancing stockholder value, and I look forward to seeing the company’s continued progress in this area,” he said in a statement.

Occidental cut its quarterly dividend in May to the lowest since at least the 1970s amid the pandemic-driven collapse in energy demand that has strained the oil explorer’s ability to manage its debt load. The company outbid Chevron Corp. last year to buy Anadarko Petroleum Corp., adding some US$40 billion of borrowing in the process.

Also on Friday, Occidental sold US$2 billion worth of high-yield bonds to push out its steep maturity wall.