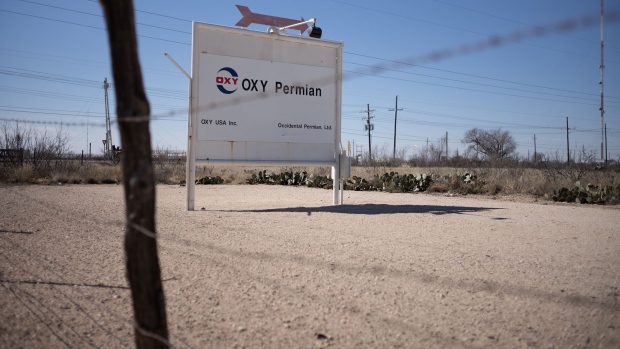 Occidental Petroleum Corp. is in talks about a potential sale of energy assets in Africa and the Middle East to Indonesia’s state-owned PT Pertamina, people with knowledge of the matter said.

Pertamina is negotiating the acquisition of oil and gas stakes in countries including Ghana and the United Arab Emirates, according to the people. It has been discussing a purchase price of about US$4.5 billion for the assets, the people said, asking not to be identified because the information is private.

The Indonesian company has also expressed interest in buying some assets from Occidental in Algeria and Oman, though they may not be included in an initial deal, the people said.

For Occidental, a deal would help it reduce the debt pile it built up from its US$37 billion purchase of Anadarko Petroleum Corp. last year. A slump in energy demand worsened the Houston-based firm’s financial situation, forcing it in May to cut a quarterly dividend to the lowest level in decades.

Occidental has been reviewing options for its Middle Eastern assets as it seeks ways to cut its leverage, Bloomberg News reported in June. The company’s attempt to sell its Ghana and Algeria assets to Total SA fell apart earlier this year.

Other suitors have also expressed interest in the Occidental assets, according to the people. Pertamina hasn’t reached a final agreement, and details of the potential transaction could change, the people said.

A spokeswoman for Pertamina said she couldn’t immediately comment. A representative for Occidental didn’t immediately respond to a phone call and email sent outside normal U.S. business hours.

Occidental has been producing in Oman for more than 30 years, according to its website. It has operations at the Safah Field and Block 62 in the north of the country and at the Mukhaizna Field in the south. Occidental also has a 40 per cent stake in Abu Dhabi National Oil Co.’s Al Hosn project in the United Arab Emirates.

Indonesia, once a member of OPEC, has suffered decades of declining domestic production and has struggled to lure investment in recent years even as its domestic consumption soared. Pertamina produced about 414,000 barrels a day in the first half of the year, it said in a statement this week.