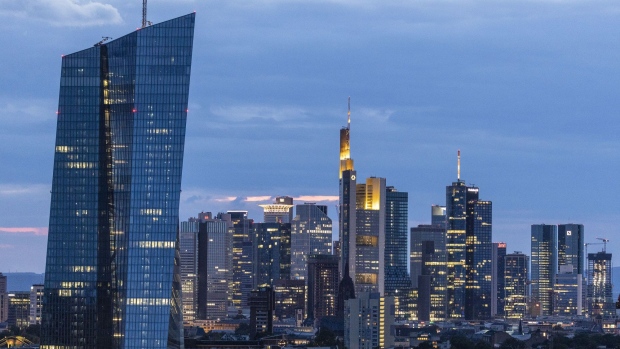 The pain of negative interest rates for banks will only get worse as long as the European Central Bank maintains its asset-purchase program, the Organization of Economic Co-operation and Development warned on Thursday.

“In the euro area, banks’ payments on excess reserves will gradually increase over time if net monthly asset purchases by the ECB of 20 billion euros (US$22 billion) per month translate proportionally to higher excess reserves,” the OECD said in its economic outlook report published Thursday.

Under that scenario, euro-area bank payments could increase by 17 per cent in 2020 compared with a situation where excess reserves are unchanged, the organization calculated. It noted that while central banks can mitigate the impact of negative rates with measures such as exemptions up to a certain level, that dampens the stimulative effect.

“Sustained negative interest rates at longer maturities would likely incentivise insurers and pension funds to rebalance their portfolio from safe assets into risky assets, with ensuing risks for their clients,” it said. “This would increase the chances of incurring financial losses, in particular during a downturn.”

The ECB itself pointed to the potential side effects from its loose monetary policy on Wednesday, highlighting how unconventional policy has contributed to an erosion of financial stability.