Toronto’s financial district has been quiet ever since banks sent their employees home at the beginning of the coronavirus pandemic. That may be about to change.

New cases of COVID-19 are down more than 95 per cent in Toronto compared with three months ago. About half of adults there are now fully vaccinated, and schools are preparing to reopen in two months. To Phil Verster, the chief executive officer of Metrolinx, the agency that runs commuter rail and bus service in Canada’s largest metropolitan area, that means many workers will go back to the office at least part of the time.

“I am very optimistic that we are going to see a resurgence of travel -- very much so starting in September and October,” Verster said in an interview, noting that he sends out Metrolinx staff to speak with business leaders about how their return-to-office plans are evolving. “What we’ve seen in our ridership is that considerations about whether children can go back to school or not are critical.”

Globally, a divide is emerging in the finance industry about how hard to push bankers to return to the office. So far, Canada’s banks, asset managers and insurers have resisted bringing back most staff, and some are planning to make remote or hybrid work permanent. An estimated 275,000 people in the Toronto region work in financial services jobs. 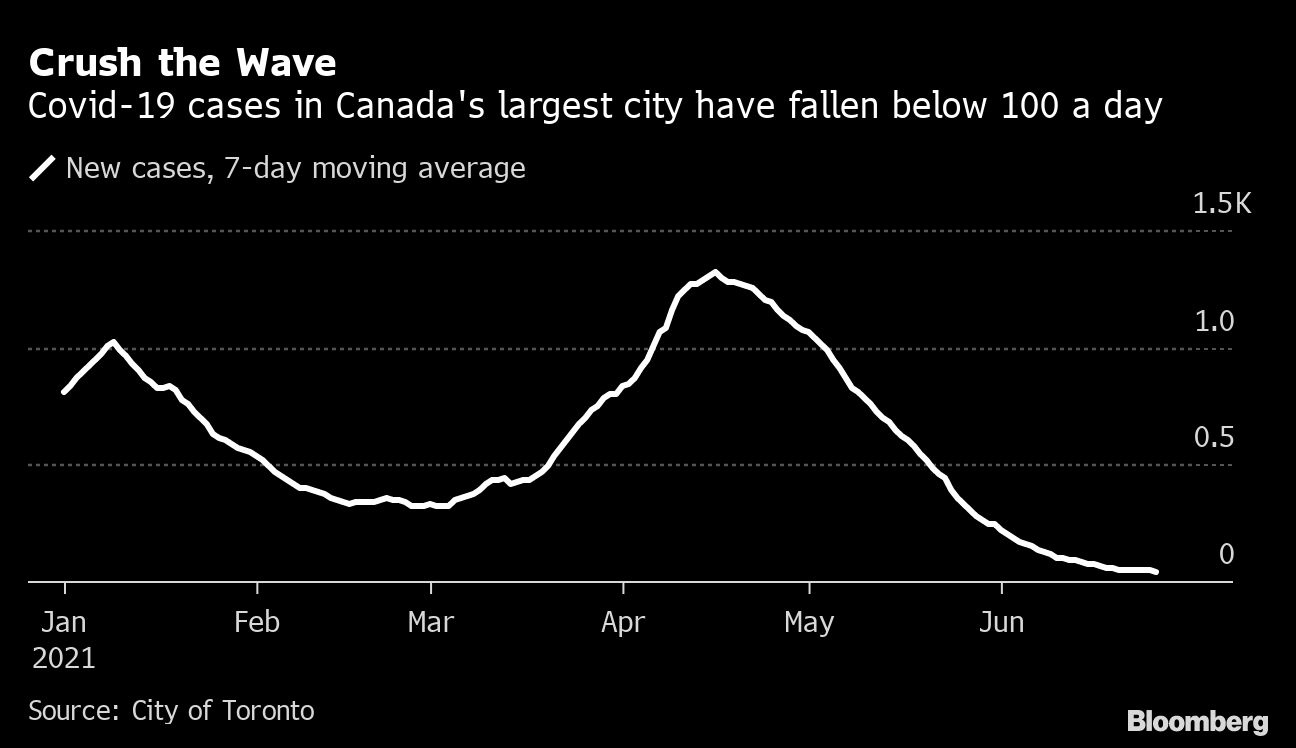 Some surveys have indicated that many workers are ready to see their colleagues again: In a recent KPMG poll of about 2,000 Canadians, 63 per cent said they want to return to a physical workspace.

Verster, a former head of Scotland’s Scotrail Railways Ltd., said he believes the pandemic will reshape travel patterns for years. That’s a challenge for Metrolinx, which has plans to spend about CUS$75 billion (US$60.4 billion) over a decade on subways, light rail and other transit projects.

The size of that spending reflects a decades-long population boom that has made Toronto the second-fastest-growing urban area in North America after Phoenix, according to researchers at Ryerson University.

The pandemic hasn’t altered a capital plan that’s based on a 60-year forecast of transit needs, Verster said. But companies’ new hybrid work policies may still change how Metrolinx operates its service.

Before the pandemic, Metrolinx would run 12-car, double-decker trains, each carrying some 2,000 passengers, into downtown during the morning rush, then back to the suburbs in the evening, Verster said.

Now, it may run shorter trains more frequently, partly to serve home-based workers who want to come in at different hours for business meetings or want to work only part of the day in the office. That’s one strategy for attracting more passengers, whose numbers are still down more than 90 per cent from pre-pandemic levels at Union Station, the main hub for downtown commuters, according to Metrolinx data.

“I can’t wait for people to be back,” Verster said. “They are going to be back.”