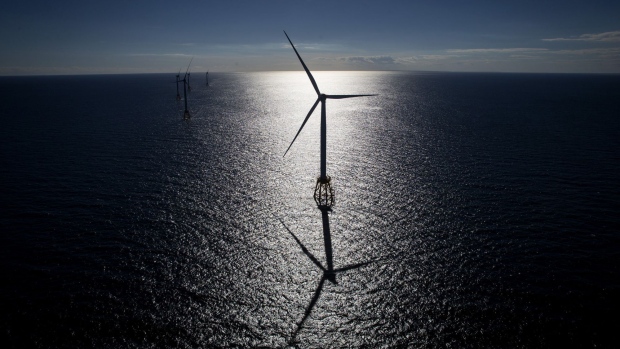 (Bloomberg) -- Interior Secretary Deb Haaland outlined ambitions to hold as many as seven government auctions of offshore wind development rights in the next four years, raising the prospect for turbines to be installed in the U.S. Gulf of Mexico and along the East and West coasts.

Haaland’s vision includes yet-to-be-announced sales in waters along the Carolinas and Oregon, which could help satisfy President Joe Biden’s goal of deploying 30 gigawatts of offshore wind energy by the end of the decade. Other potential sales could cover territory in the Gulf of Maine, the central Atlantic and off the California coast.

Interior’s Bureau of Ocean Energy Management is already scrutinizing plans for nine offshore wind projects in leased areas along the East Coast, with pending proposals representing as much as 19 gigawatts of potential renewable power. And the agency is working to identify new areas of the U.S. outer continental shelf for leasing -- a move that responds to the clamor by renewable developers for more territory as well as their desire for a predictable outline of what tracts could become available.

“We are working to facilitate a pipeline of projects that will establish confidence for the offshore wind industry,” Bureau Director Amanda Lefton said in a statement. “At the same time, we want to reduce potential conflicts as much as we can.”

The issue is critical. Some environmentalists and fishing interests have raised concerns with the administration’s plans and the pace of offshore wind development. And successful litigation over project approvals could chill investment plans. The Responsible Offshore Development Alliance has already challenged the Biden administration’s approval of the $2.8 billion Vineyard Wind LLC project, the first major commercial-scale wind farm to be permitted in federal waters.

The Interior Department said it is weighing new restrictions and reporting requirements on wind developers, including changes that could encourage the use of organized labor and American-made materials. The ocean energy bureau already proposed requiring lease holders to make every reasonable effort to enter into project labor agreements covering projects in a shallow stretch of the Atlantic Ocean between New York’s Long Island and New Jersey.