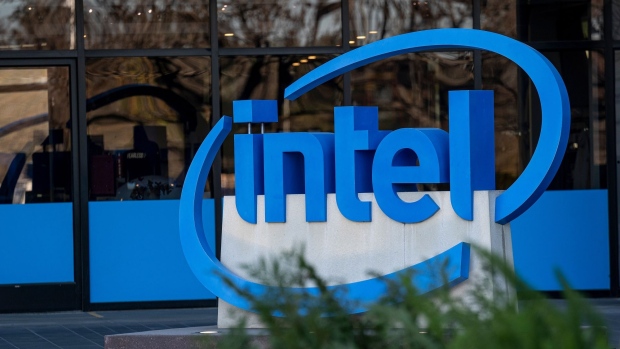 (Bloomberg) -- The state of Ohio and its private economic development group offered Intel Corp. $2.1 billion in incentives to lure the chipmaker to the state, winning a national competition for the employer.

The chip-maker announced last week that it will invest $20 billion to construct two fabrication plants on a 1,000-acre site in New Albany, near Columbus.

Once Intel develops the site, local property tax abatements will further enhance the $2.1 billion subsidy package, which exceeds what other high-profile companies have been promised in recent years for their projects.

Intel said it expects the plants to be operational by 2025, with the potential for more factories and total company investment over the next decade reaching $100 billion. The plan will rely on the most advanced technologies and result in an increased American share of the global chip supply chain, the company said.

State officials hailed the “mega project” as the largest single private-sector company investment in Ohio history. It brings semiconductor production to a state that has lost almost 30% of its manufacturing jobs over the last two decades and struggled to shake its Rust Belt image.

The state is offering $1.2 billion in cash incentives, including a $600 million direct grant to the company to offset the cost of construction, as well as $691 million to help cover infrastructure costs. Intel is further eligible for a 30-year, $650 million job-creation tax credit, conditioned on Intel making good on pledges to add to its Ohio payroll.

JobsOhio, the state’s private development entity, in addition said it will provide Intel with as much as $150 million in combined economic development and workforce grants, bringing the known total to $2.1 billion.

“This is a massive offer larger than many state programs,” Nathan Jensen, an economic incentives expert at the University of Texas Austin, wrote in an email. He called it a “marketing ploy” for Ohio to label its effort to out-compete other states as “onshoring production.”

Chipmakers have recently been awarded generous subsidies by states eager to attract business. To land a $17 billion investment from Samsung Electronics Co., state and local officials in Texas rolled out a package that included waiving almost all the company’s property taxes for 25 years, a $314 million reduction in school district taxes and a $27 million state grant.

The Ohio subsidies for Intel are larger than what Amazon.com Inc. received -- about $775 million -- to build a second headquarters in Northern Virginia.

The total value of Intel’s local property-tax abatement is not known since it covers buildings that haven’t yet been constructed. It’s also not known if Ohio will issue municipal bonds to help cover the infrastructure development costs, the state’s director of development, Lydia Mihalik, said Friday.

The incentives were “certainly a piece of the puzzle” in drawing the company to Ohio, in addition to the state’s workforce and leadership, Mihalik said.

Intel isn’t the first company to be attracted by the state’s subsidies, according to data from Washington-based policy group Good Jobs First. General Electric Co. and Amazon both received more than $200 million in incentives. The state has awarded $5.7 billion in incentives since 1983, with most of that coming in the last decade, the group said.

The Santa Clara, California, company said the project is expected to generate more than 20,000 jobs in Ohio, including 3,000 corporate positions earning an average of $135,000 a year, plus benefits. It will add $2.8 billion to Ohio’s annual gross state product and bring in new businesses to support the chip factories, officials said.

Intel is also counting on the U.S. to deliver additional financial incentives to support an expansion of domestic chip manufacturing. Congress is currently considering funding for the CHIPs Act, a measure that has passed the Senate but not the House. It would create a $50 billion pot of money for companies willing to locate production in the U.S.

Intel Chief Executive Officer Pat Gelsinger said while Intel is making the initial investment for the two factories in Ohio, planned expansion beyond that will be slower and possibly not as big if the CHIPs act is not enacted.

Gelsinger has said Intel chose the Ohio location from among 30 to 40 prospective sites and that the availability of potential employees from local universities, military veterans and the relatively cheap cost of labor were also factors.

Intel said it pledged $100 million toward partnerships with state educational institutions to build a pipeline of employees and to bolster research programs in the region.