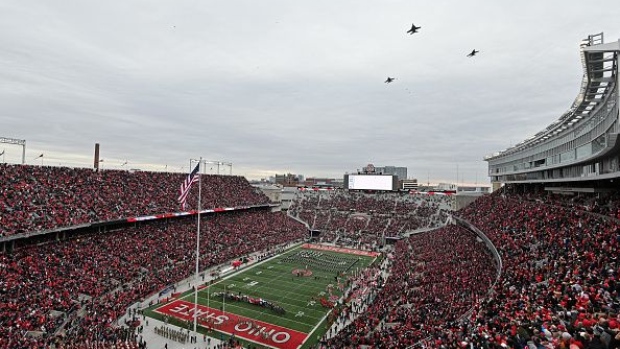 (Bloomberg Opinion) -- In an April poll, two-thirds of Americans said the coronavirus pandemic would “significantly disrupt” the election in November. In the same poll, nearly as many expressed confidence that “all citizens who want to vote in the election will be able to.” There may be some tension between those beliefs.

“Even people with good intentions don’t know how hard it is to pull off an election,” said Jen Miller, executive director of the League of Women Voters in Ohio.

“Pulling off an election” is the task of the elected officials, administrators and volunteers who make voting feasible in the nation’s 10,000 electoral jurisdictions. “Election policy and implementation are really complicated,” said Miller, who has been working on voting rights for 16 years and lobbying the Ohio legislature for nearly as long. “Most of the legislature, regardless of party, struggles to understand the realities of elections.”

Those realities are quickly changing as the election comes under multiple threats. Well before the arrival of the novel coronavirus, U.S. intelligence agencies had already concluded that Russia is once again seeking to help elect Donald Trump and rattle public confidence in democracy, an effort that may include cyberattacks on election systems or related infrastructure. Likewise, Trump is once again spreading falsehoods about voter fraud in a parallel effort to undermine democratic faith.

Coronavirus adds a new and unfamiliar complication on top of less novel, if no less pernicious, afflictions. The combined effects create enormous burdens for officials hoping to run elections that are not only efficient and fair, but also perceived to be so.

Miller is part of a coalition urging proposals to help. These include the passage of legislation to allow voters to request an absentee ballot via the Internet and to help officials administer an election for which the state is not yet prepared.

Ohio, with 18 electoral votes, is coveted and contested political terrain. Donald Trump won the state easily in 2016, defeating Hillary Clinton by 8 points. Republicans swept statewide offices in the 2018 election, which was extremely favorable to Democrats elsewhere. But the state still has a popular Democratic U.S. Senator, Sherrod Brown, and polls show Ohio could have a close presidential contest in 2020.

The state’s 88 county boards of election are all bipartisan, consisting of two Republicans and two Democrats, limiting the scope of partisan temptation. Its chief election officer is Republican Secretary of State Frank LaRose, an ex-Green Beret and former state legislator with a reputation for competence and fairness.

LaRose has declined to endorse partisan propaganda about voter fraud, which he has acknowledged is minimal. When his office last year put together a list of voters to be purged, as required by an aggressive state law purporting to target the mythical fraud, he first released the list to advocacy groups. They found it to be riddled with errors and likely to disenfranchise at least 40,000 legitimate voters. LaRose prevented some purges, and the advocacy groups helped others avoid being dropped.

While Republicans such as Texas attorney general Ken Paxton have gained notoriety by dismissing calls to make voting more convenient in a pandemic, LaRose is among the Republican office holders “doing the right thing to make sure voters can vote safely and fairly in November,” said University of California at Irvine law professor Richard Hasen, an expert in election law.

LaRose, however, needs speedy authorization from the state legislature to enact his plan. So far, the legislature hasn’t moved to accommodate him.

LaRose’s plan is mostly a collection of small ball measures. But it’s the kind of small ball that can make voting easier for an electorate poised to shift in large numbers this fall from in-person voting to voting by mail. Ohio already has four weeks of early voting in person, and four weeks of voting by mail. Voting in person has previously been the most popular way to cast ballots.

To handle the shift, LaRose wants federal funds to invest in high-speed scanners, envelope openers and other mail-handling equipment to process the expected increase in mail ballots. He wants to allow voters to request their ballot online, and he wants to “provide a business reply mail, postage-paid envelope for any voter interested in casting their vote by mail.” He wants to adjust deadlines so that people who get a ballot at the last minute still have time to turn it in before the deadline for receiving mail at the board of elections. He wants to allow all 17-year-olds to serve as poll workers since older poll workers, who are more vulnerable to Covid-19, may be reluctant to show up.

These are all elements of the triad that Aaron Ockerman, executive director of the Ohio Association of Election Officials, said is required to run a successful election: “People, money and time.”

The state came up short on all three in its primary election this year. Only hours before polls were set to open on March 17, Governor Mike DeWine, a Republican, postponed the primary. With the virus closing in, the state’s Department of Health director, Dr. Amy Acton, considered in-person voting too risky. More than a dozen other states postponed their primary dates this year, as well.

DeWine wanted to reschedule the primary for June 2. Instead, the state legislature voted unanimously to set it for April 28. The tighter timeline may have put primary challengers at a disadvantage relative to incumbents. It also prompted a scramble by election officials who had only weeks to manage the altered landscape. For their part, voters didn’t have a lot of time to process the changes.

The state sent postcards to all 7.8 million registered voters with instructions on how to apply for an absentee ballot. Obtaining a ballot required multiple steps: printing a paper application from home, or calling the local elections board and requesting one by mail. After receiving an application for a ballot, a voter had to mail that in. Election officials would then mail voters an empty ballot with a postage-paid envelope. Voters had until April 27 to mail it in or drop it off at a county ballot box.

The change stressed election systems. “We scraped by on money by borrowing from our November allocations,” Ockerman explained. “Unfortunately, we are now being asked to cut our budgets to help meet county revenue shortfalls. So the money crunch is just now coming to a head.”

Ohio voters avoided the fate of their counterparts in Wisconsin. There, the state legislature objected to postponing the April 7 election or expanding vote-by-mail, which would have enabled voters to avoid congregating in person during a pandemic. The conservative majority on the state supreme court backed the Republicans in the legislature, and the conservative majority on the U.S. Supreme Court in turn echoed the state supreme court majority. The election proceeded as if there were no health emergency. Many Wisconsinites stood for hours in line waiting to cast a vote. Several dozen may have contracted Covid-19 in the process.

While Ohio voters were able to avoid long lines and exposure to disease, not everyone was able to exercise the franchise. Nationally, the rejection rate for absentee ballots is higher than that for in-person voting. In Ohio, some mail ballots went awry. In Lorain County, west of Cleveland, the county board of elections rejected 744 absentee ballots. Confusion among voters unaccustomed to voting by mail may have been one cause. There were 421 ballots rejected for missing the deadline; 64 for lacking an identifying envelope and return address; 57 for lacking a signature. In addition, 21 included the proper ID envelope, but the sender had failed to insert a ballot.

In Butler County, north of Cincinnati, officials rejected 318 ballots because of a delay in postal delivery. The ballots were postmarked by the April 27 deadline, but they arrived at the board of elections after the May 8 deadline for receiving ballots. “These voters have effectively been disenfranchised in the Ohio primary election,” Secretary of State LaRose wrote in a letter to the U.S. Postal Service.

The postal service is ill-prepared for November. It has been hit hard by the coronavirus, and as part of his political war on Washington Post owner and Amazon founder Jeff Bezos, Trump has threatened to withhold $10 billion in funds unless the postal service jacks up its package prices (thus damaging Bezos’s business). On top of Trump’s political attacks and a deadly pandemic, there are other complications. Consider just one detail: Vote-by-mail legislation invariably calls for mail to be postmarked by a date certain. Yet the postal service no longer postmarks every piece of mail.

LaRose had seen the mail problem coming. Before the primary election he had tried to get the postal service to commit to identifying, and speedily processing, election-related mail. When that failed, LaRose enlisted Ohio’s congressional delegation to pressure the postal service to temporarily increase staff in Ohio, add hours of operation and require managers to search facilities for unprocessed election-related mail.

The postal service agreed to make special provisions for the election. Some voters were disenfranchised all the same. With millions of mail ballots likely in November, the potential for dysfunction is high.

LaRose issued a 34-point check list for local boards of elections to enhance the security of their systems. He has held workshops on spotting disinformation and plans to set up a “war room” to monitor social media for it. And Ohio law now requires local post-election audits of elections.

Yet LaRose doesn’t have the field to himself this November. Trump is busy sowing chaos and spreading falsehoods. And it’s hard to believe that a local election board, even with a 34-point checklist, would be much of a match for Russian agents determined to vandalize U.S. democracy in discrete, or even broad, attacks. There’s one more thing: Time is slipping away. The legislature’s session officially ends in early June; LaRose needs action before legislators depart.

In many respects Ohio is lucky. Few doubt the democratic intentions of its chief election officer. He encourages voting. He is taking steps to manage a surge of mail-in ballots, increase administrative efficiency, defend against foreign sabotage and raise confidence in the eventual vote results. None of those actions is universally approved, let alone emulated, by state or national officials in his party.

Which only highlights how deep, and broad, the threat to the 2020 election really is. If it’s going to be rocky in Ohio — and given the confluence of challenges, it well may be — just imagine the turmoil that awaits elsewhere.