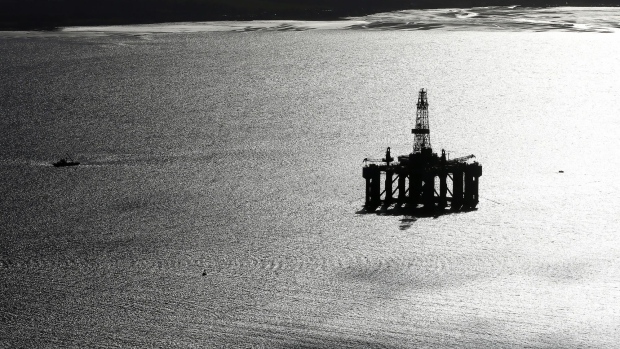 A boat passes a mobile offshore drilling unit in the Port of Cromarty Firth in Cromarty, U.K., on Wednesday, March 22, 2017. Even as oil production declined in the North Sea over the last 15 years, economic activity has been buoyed by offshore windmills. Photographer: Chris Ratcliffe/Bloomberg , Bloomberg

Linda Cook, an America-born executive who was once in line to head Royal Dutch Shell Plc, will become chief executive officer of the combined group, which will be the largest U.K. North Sea oil and gas producer. She joins Katherine Roe, the CEO of Tanzania-focused Wentworth Resources Plc, as the only two women to lead London-listed exploration and production companies.

Cook is currently on Chrysaor’s board and heads its private equity backer Harbour Energy Ltd. While there are some notable examples of women leading oil companies further afield, such as Occidental Petroleum Corp.’s Vicki Hollub, they remain a rarity.

Women make up only 15 per cent of the oil and gas workforce, according to research from consultant McKinsey last year. Although an overwhelming proportion of men isn’t unique to the energy industry, the sector was second-to-last in female executives at the C-suite level, according to the report.

Chrysaor’s current CEO, Phil Kirk, will become president of the new company and CEO for Europe, while Premier’s chief Tony Durant will step down at the end of the year.