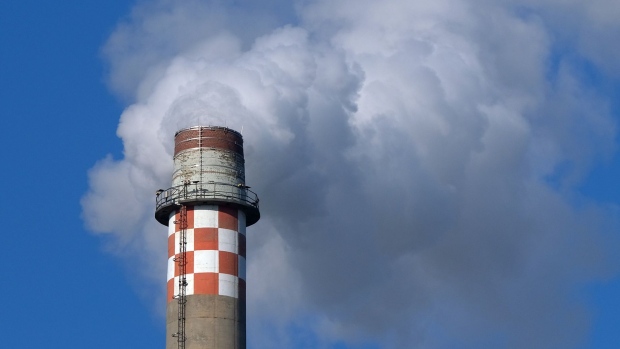 (Bloomberg) -- Sign up here to receive the Davos Diary, a special daily newsletter that will run from Jan. 20-24.

The bosses of some of the world’s biggest oil companies discussed adopting much more ambitious carbon targets at a closed-door meeting in Davos on Wednesday, a sign of how much pressure they’re under from activists and investors to address climate change.

The meeting, part of the World Economic Forum program, included a debate on widening the industry’s target to include reductions in emissions from the fuels they sell, not just the greenhouse gases produced by their own operations, said people familiar with the matter.

The talks between the chief executive officers of companies including Royal Dutch Shell Plc, Chevron Corp., Total SA, Saudi Aramco and BP Plc showed broad agreement on the need to move toward this broader definition, known as Scope 3, the people said, asking not to be named because the session was closed to the press. The executives didn’t take any final decisions.

Targeting Scope 3 emissions would be a big shift for an industry that accounts for the bulk of greenhouse gases. Several companies have already pledged reductions in Scope 1 and 2 greenhouse gases, which come directly from pumping and refining hydrocarbons. Yet these account for less than 10% of total emissions from the life cycle of oil and gas.

Among major energy groups, only Shell, Total and Repsol SA have publicly announced that they are either targeting or monitoring Scope 3 emissions. BP CEO Bob Dudley, who retires later this year, has previously opposed such a target.The executives debated a document produced by the World Economic Forum on “neutralizing emissions at the pump,” a reference to the gasoline and diesel sold to customers. There’s an urgent need to shift the industry’s target from oil production to emissions from end users, said one person.

To contact the reporter on this story: Javier Blas in Davos at jblas3@bloomberg.net

To contact the editors responsible for this story: James Herron at jherron9@bloomberg.net, Rakteem Katakey