West Texas Intermediate futures gained 56 cents to regain US$110 a barrel Wednesday. Crude inventories fell both nationally and at the storage hub in Cushing as exports soared and Gulf Coast refiners pushed runs to their highest level since January 2020. With refineries accelerating output, fuel inventories fell at a slower pace than previous weeks, signaling some relief for tight markets.

“The oil market remains tight and crude prices seem like they will continue to be supported,” said Ed Moya, senior market analyst at Oanda. 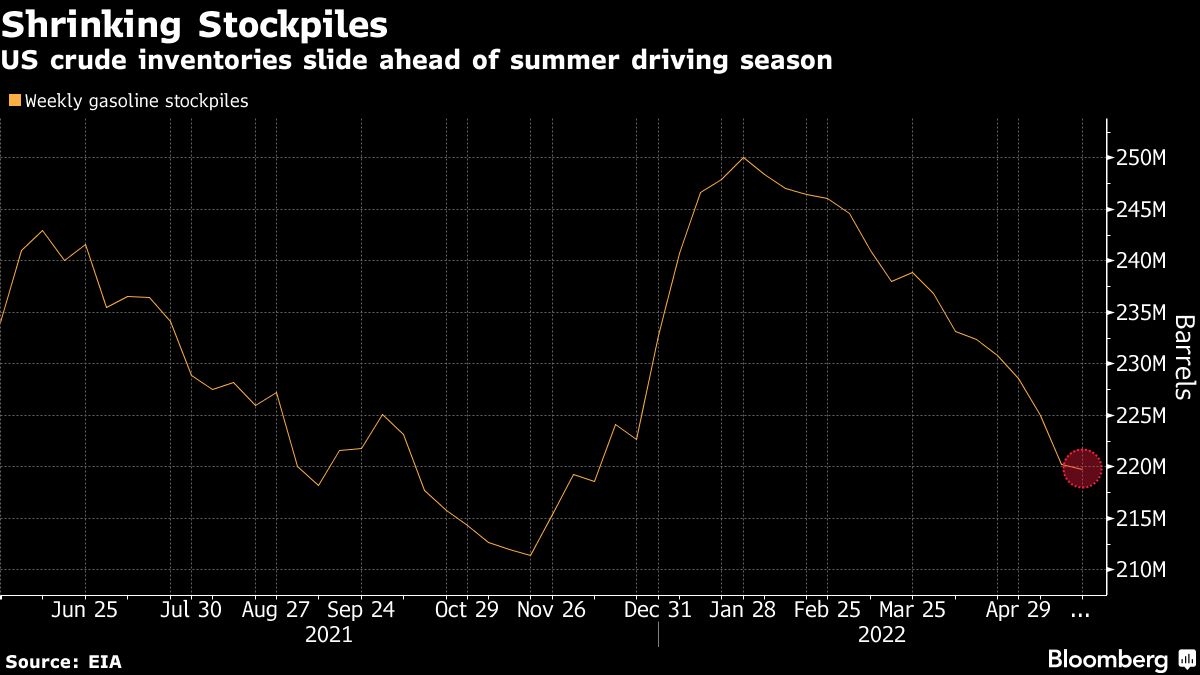 The war in Ukraine has upended trade flows and fanned inflation worldwide, with pump prices in the US repeatedly breaking records. Unseasonably high gasoline exports from America are eroding domestic stockpiles ahead of the summer driving season that starts this weekend. Though government data this week suggested drivers may have begun to balk at record gas prices.

The US is leading a co-ordinated release of global crude reserves in an effort to tame rising energy prices. The Department of Energy made its latest announcement on the sale of strategic stockpiles, offering as much as 40.1 million barrels of predominantly sour crude.

The US and other producing nations are at odds on whether oil markets are balanced. Saudi Arabia’s foreign minister said earlier this week that the kingdom has done what it could for the oil market, adding that there was no shortfall of crude.