West Texas Intermediate futures closed above US$105 a barrel after falling near US$100 earlier in the session. Fuel markets continued to show signs of extraordinary tightness with diesel futures surging nearly 5 per cent. The shunning of Russian oil products has forced Europe and Latin America to depend more on U.S. imports for fuel leave fuel supplies tight.

Prices earlier fell with China reporting a sharp contraction in economic activity in April as the country works to contain a widespread COVID-19 outbreak, escalating concerns about further disruption to global supply chains. 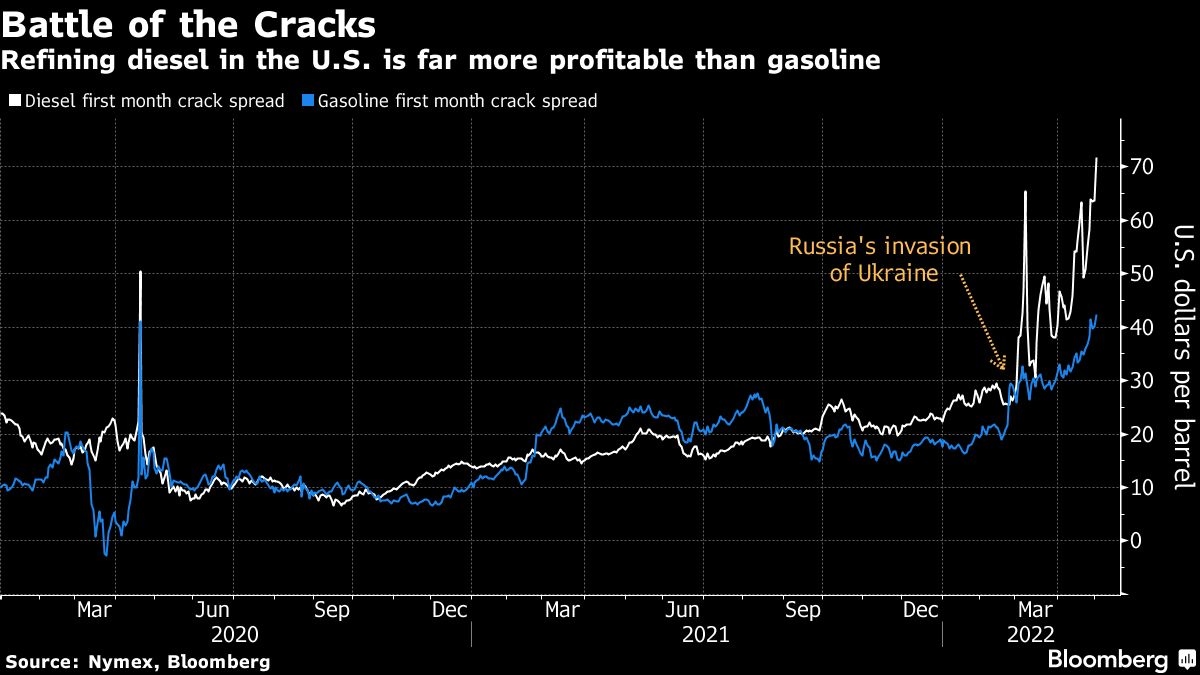 A measure of diesel’s future’s premium over crude futures --the diesel crack spread-- shot up on Monday to reach a fresh high dating back to 1986. Diesel’s strength relative to crude is rooted in depleting supplies around the world as countries cut back on Russian fuel. 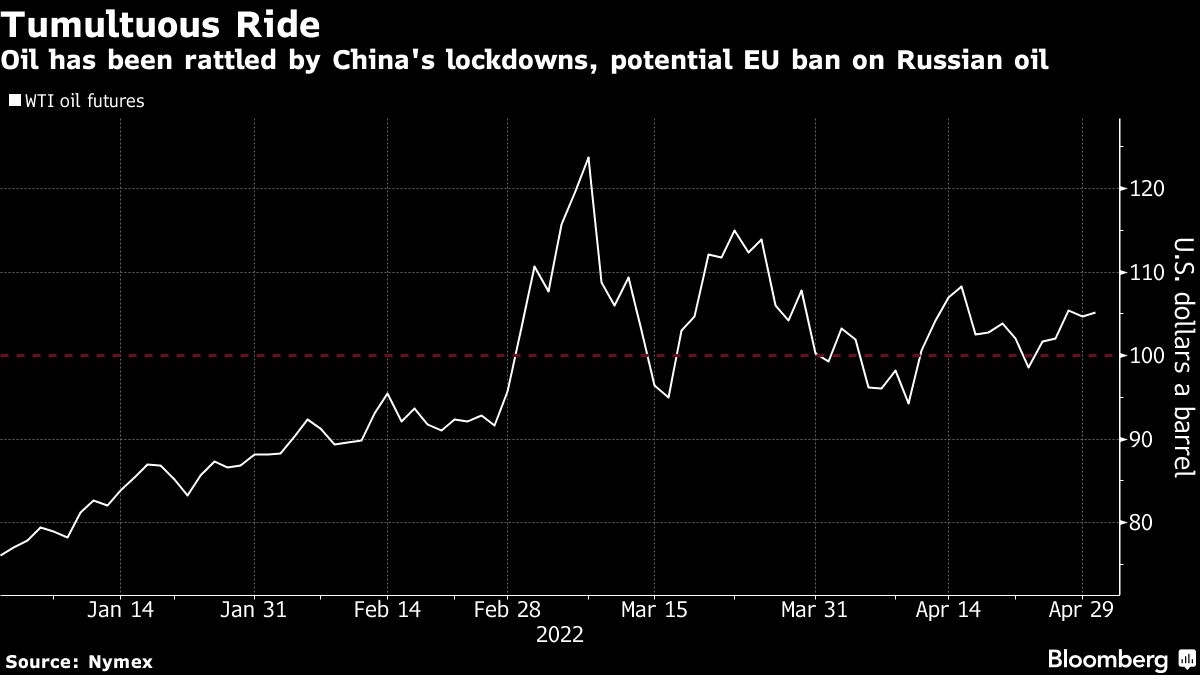 While in recent sessions prices have dipped due to concerns about lower demand, longer-term signals point to an under supplied oil market. The OPEC+ alliance is likely to ratify its planned supply increase later this week, despite having managed to increase its production by only 10 per cent in March. Meanwhile, the European Union is set to propose a ban on Russian imports by the end of the year, and Germany said it could end its dependence on Russia by summer.

Oil climbed for a fifth month in April, marking the longest monthly winning streak since January 2018. Russia’s invasion of Ukraine has spurred inflation, and led the U.S. and its allies last month to agree on a coordinated release of strategic crude reserves to ease surging energy prices. The war has also sparked a rally in diesel prices in the U.S.

Beijing has closed close gyms and cinemas over the Labor holiday that lasts through Wednesday. Lockdowns persist in Shanghai, though there are cautious signs the financial hub’s outbreak is starting to ease.

China oil demand is down more than 1 million barrels per day year-to-date and “doesn’t look like that’s going to come back anytime soon,” Ed Morse, Citigroup global head of commodity research, says on Bloomberg Television. He added that in the U.S., gasoline consumption has stalled.