Oil fell to its lowest in over a month amid growing concerns that a global economic slowdown will ultimately hobble demand.

West Texas Intermediate slipped 3 per cent to settle around US$106 a barrel. Federal Reserve Chair Jerome Powell made his most explicit acknowledgment to date in front of lawmakers Wednesday that steep rate hikes could tip the economy into recession. Seperately, US President Joe Biden called on Congress to suspend the federal gasoline tax, a move that could bring mixed results.

Crude has whipped back and forth as the Fed’s commitment to taming inflation “has shaken the confidence of investors using crude as an inflation hedge,” said Rebecca Babin, senior energy trader at CIBC Private Wealth Management. “Market liquidity is challenged as volatility has also taken its toll on traders and investors alike, leaving crude susceptible to massive swings.” 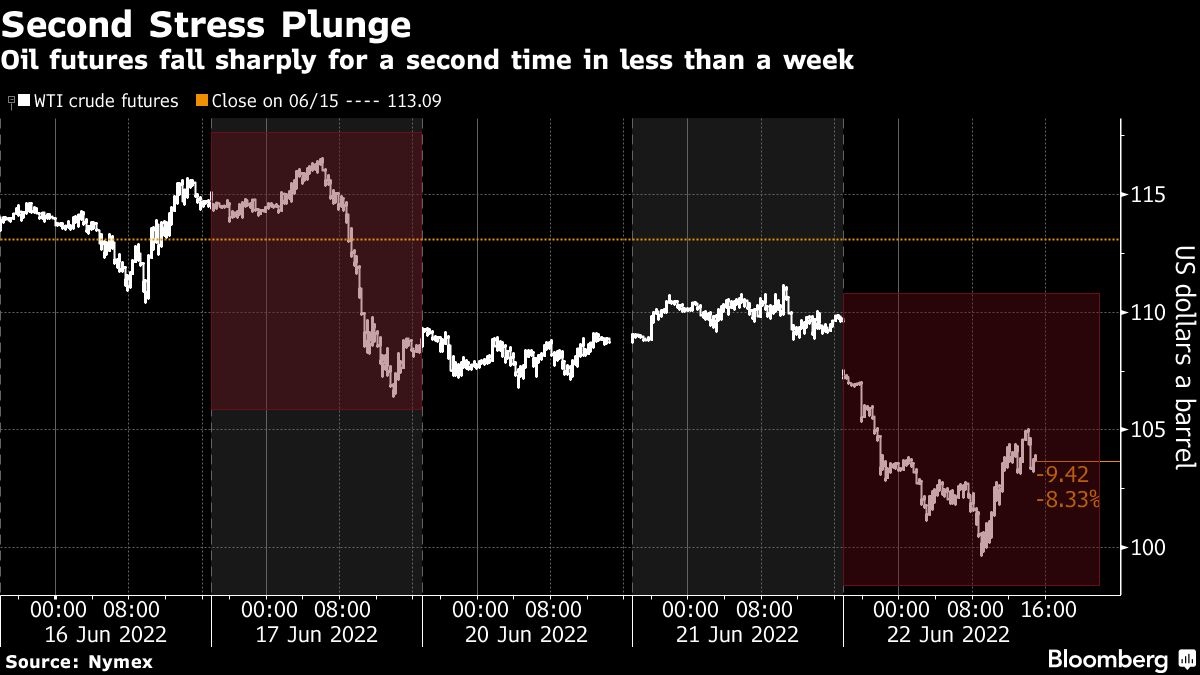 Oil’s price spike since Russia’s invasion of Ukraine in late February caused a liquidity crisis in the oil market as investors are required to put down more cash to cover their trades. Futures holdings are at the lowest since 2016, leaving headline prices prone to outsized swings. WTI fell below its 100-day moving average early on Wednesday for the first time since January, adding technical pressure to an already fragile market.

Wednesday’s slide comes alongside other commodities also losing ground, as well as some risk assets. Copper and iron ore declined, as did equities. An additional headwind for crude prices came from a rising dollar, which makes imports more costly for holders of other currencies. Citigroup Inc. said that it expects further declines in oil into the end of the year, but added that it’s set to be a volatile downtrend.

“Investors should remember that Fed-induced slowdowns are simply a short-term abatement of the symptom -- inflation -- and not a cure for the problem -- underinvestment,” Goldman Sachs Group Inc. said in a note.