We must prepare green energy workforce by retraining oil and gas workers: Professor

Oil closed little changed amid broader market declines and as an extension of virus restrictions in the U.K. tempered optimism around a robust summer demand recovery in Western countries.

Futures in New York ended the session less than 1 per cent lower on Monday, erasing an earlier rally. British Prime Minister Boris Johnson is preparing to extend pandemic restrictions for up to four weeks due to a surge in the delta variant. Meanwhile, investors are also awaiting signals from the Federal Reserve about a timetable for scaling back emergency monetary stimulus that may affect the price of the dollar, and therefore, the price of crude.

“The fact that the U.K. has to push back things four weeks is a little bit concerning for that whole robust finish to a strong European summer,” said Edward Moya, senior market analyst at Oanda Corp. 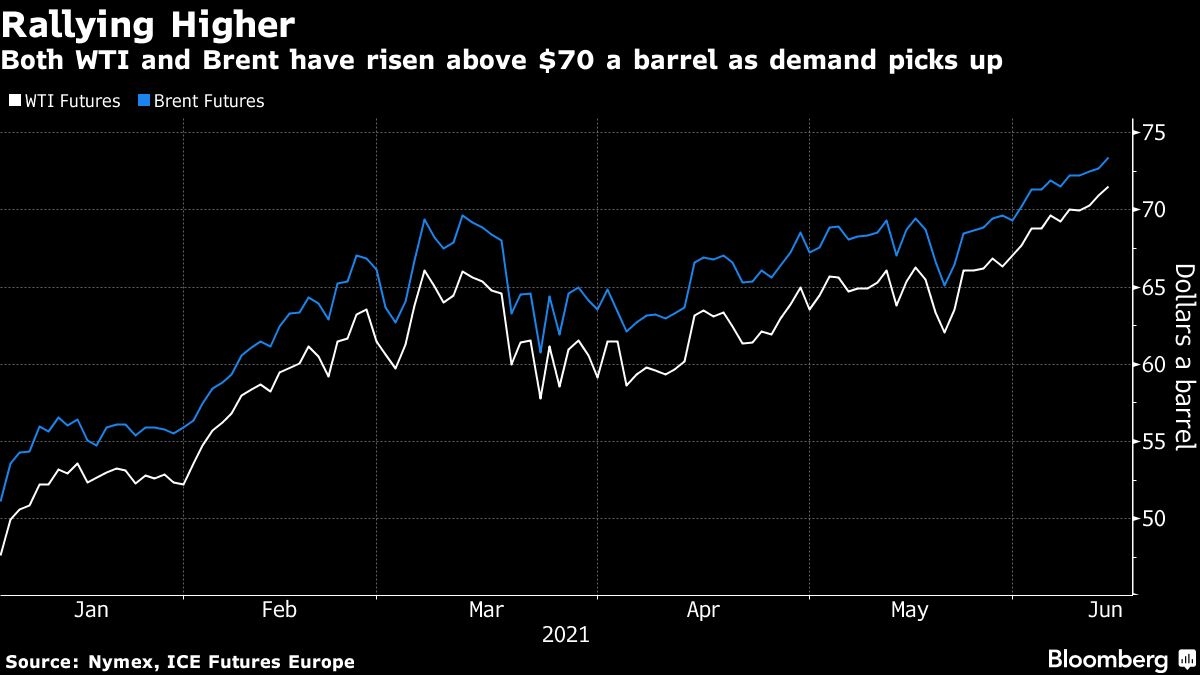 U.S. crude futures have surged about 8 per cent so far this month as air travel and road traffic picks up in parts of the world like the U.S. and Europe amid an acceleration in COVID-19 vaccination programs. In the U.S., daily air travelers topped 2 million for the first time since the pandemic began. Speculators are the most bullish on the U.S. crude benchmark in about three years.

However, technical indicators are showing crude oil in overbought territory, supporting a pullback. WTI’s 14-day Relative Strength Index climbed above 70 for the first time since March.

Oil futures rallied early in the session on fading prospects of a quick return of Iranian crude supply with negotiations around the 2015 nuclear deal stalled. Iran’s Deputy Foreign Minister Abbas Araghchi cast doubt over the weekend on the chances of reviving the nuclear deal before national elections on June 18.

Chances of a deal that invites Iranian crude back into the market are not zero, though. On Monday, Germany’s foreign ministry spokeswoman Andrea Sasse said all delegations had “willingness and seriousness” to solve complex issues in the negotiations.