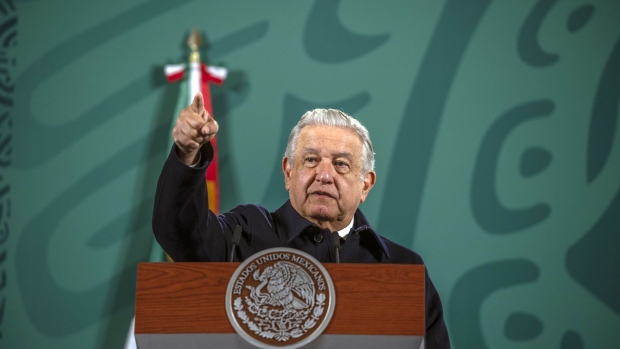 (Bloomberg) -- Wintershall is doubling down on Mexico even as it departs from other Latin American countries and faces nationalist policies from Mexican President Andres Manuel Lopez Obrador.

The energy arm of BASF SE will continue to produce oil in the region, focusing on Mexico, after selling shale assets in Argentina and deciding to close its Brazil office in Rio de Janeiro, according to an emailed statement Tuesday.

The German oil and gas driller has extensive assets in Mexico, including partnerships with Petroleos Mexicanos in the Zama megafield and the Ogarrio onshore prospect, plus several other offshore exploration licenses in the Gulf of Mexico.

The decision to stay in Mexico comes even as Wintershall has faced a series of hurdles under AMLO, as the Mexican president is known. He has sought to dial back reforms that lured the world’s top international drillers in an effort to put the energy industry increasingly back in the hands of the state.

AMLO has sought to bring back much of Pemex’s monopoly in the sector by canceling oil and gas auctions. Last year, the energy minister transferred operatorship of Zama to Pemex, despite Talos Energy’s claim to operatorship after discovering the field in 2017 with Wintershall’s Sierra Oil & Gas unit and Premier Oil Plc. And Wintershall has faced problems receiving payment for its work in Ogarrio with Pemex, whose debt has soared to the highest of any oil company, it told Bloomberg last year.