Oil fell for a second session, hit by risk averse sentiment across asset classes and as traders weighed the impact of coronavirus outbreaks in China.

West Texas Intermediate futures in New York closed 0.9per cent lower, as a stronger dollar reduced the appeal of commodities priced in the currency. Stocks were on pace for their longest losing streak since September as prospects for higher rates and inflation rattled global markets. Investors also focused on China, which is continuing to battle COVID-19 outbreaks. Restoration of oil production in both Libya and Kazakhstan added to the downward pressure.

“Crude prices got knocked down after Libya and Kazakhstan supplies got restored. But the market also got unnerved by the COVID situation in China, which could weaken short-term demand outlook for the world,” said Ed Moya, Oanda’s senior market analyst for the Americas. 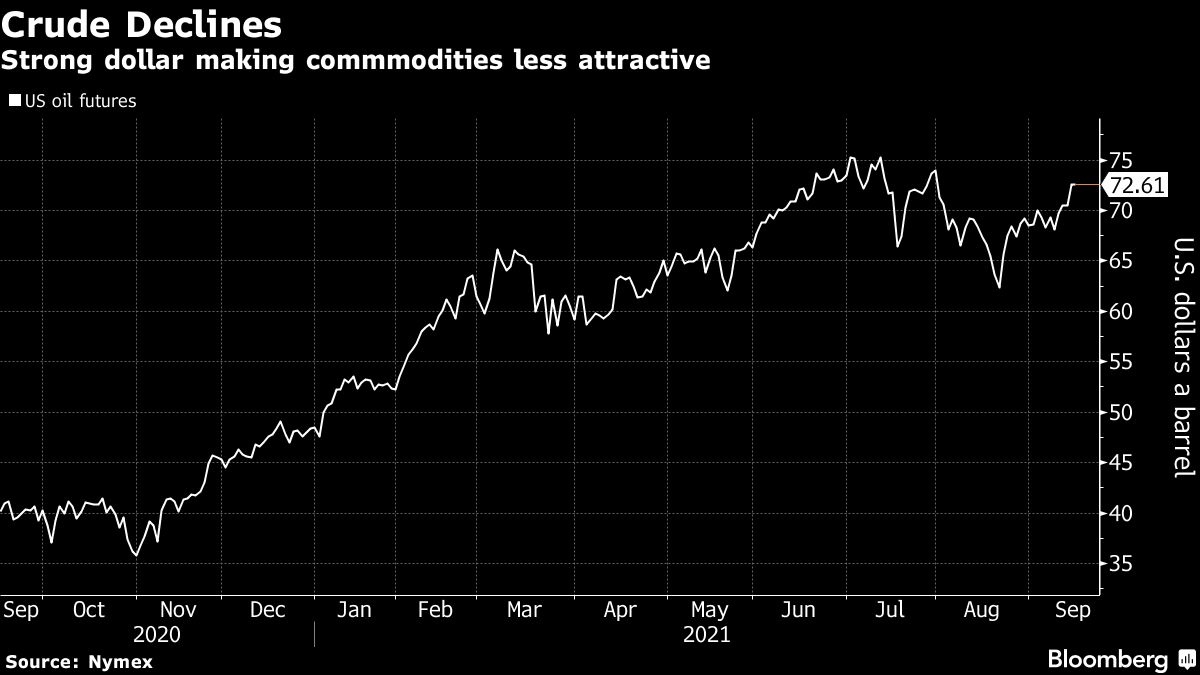 Still, crude has made a strong start to 2022, pushing higher on a combination of optimism about global demand, coupled with interruptions to supplies. That’s tightened the market, helping near-term timespreads firm into a bullish, backwardation structure. While the Organization of Petroleum Exporting Countries and its allies have agreed to boost output further, there’s concern the group may not be able to deliver the planned amount in full.

Meanwhile Libya’s biggest oil field resumed production about three weeks after militias forced its stoppage, according to people familiar with the matter. The country’s output was said to rise to about 1 million barrels a day.  Some output was also restored in Kazakhstan following widespread unrest last week.

Oil is also likely coming under pressure from selling related to the reset of the world’s two biggest commodities indexes -- the S&P GSCI Index and the Bloomberg Commodities Index, dealers said.

China, the world’s largest oil importer, ignited a mass testing blitz in the northern port city of Tianjin as the country strives to maintain its zero-tolerance approach to the virus amid more transmissible variants.

The Brent market is in backwardation, a bullish pattern marked by near-term prices commanding a premium to those further out. The global benchmark’s prompt spread was 60 cents a barrel in backwardation on Monday, up from 41 cents a week ago.

Oil is still likely to hit triple digits heading into the second quarter, driven by strong demand recovery and as OPEC+ supply levels off in the next two months, according to Francisco Blanch, global commodities head at Bank of America.