West Texas Intermediate settled near US$102 on Tuesday after a session marked by low liquidity. Crude has swung within a US$15 band in the last three weeks as the market weighs the hit to demand from China’s COVID wave against supply concerns stemming from bans on Russian crude. Investors are also bracing for the biggest U.S. rate hike since 2000, which could slow demand.

“Crude is trading sideways as we await further details from the EU on what an Russian oil ban will look like,” said Rebecca Babin, senior energy trader at CIBC Private Wealth Management. “Demand concerns are in the back of everyone’s mind keeping upside capped for the moment.” 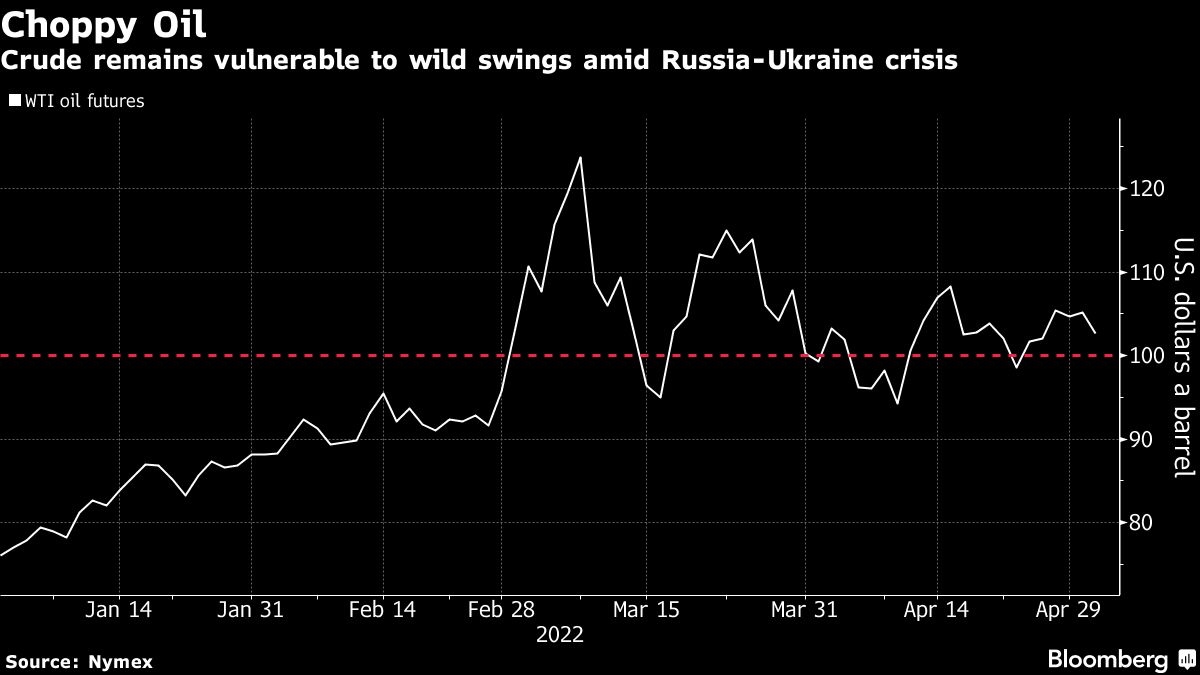 Since spiking after Russia’s invasion of Ukraine, oil has struggled to make further headway. A combination of lower demand in China and reduced supply from Russia has led to a period of volatility that’s boosted the cost of trading and forced some in the market to the sidelines. The wild swings could be set to continue, BP Plc said Tuesday.

For now, the most extreme pocket of tightness in the oil market is in diesel. Record fuel exports from the U.S. Gulf Coast are draining local supplies, pushing diesel margins to the record high levels. Retail prices have peaked in recent days.

While prices have dipped due to concerns about lower demand, longer-term signals point to an undersupplied oil market. About 1 million barrels a day of Russian crude are offline, a number that could double this month, Looney said.

Additionally, the European Commission is set to propose a ban on Russian oil by the end of the year, with curbs on imports introduced gradually until then. And later this week, the OPEC+ alliance is likely to ratify its planned supply increase despite having added just 10,000 barrels a day in April, compared with a scheduled 274,000 a day, the survey showed.