Oil settled at the highest level in a week on signs of cooling inflation and a weakening dollar.

West Texas Intermediate topped US$91 a barrel in New York after the US reported inflation rose at a slower-than-expected pace, potentially relieving pressure on the Federal Reserve to raise interest rates further. Later in the session, a slumping US dollar help to lifted commodities broadly, while government data showed that weekly US gasoline demand had improved after inventories sank below the 10-year seasonal average. 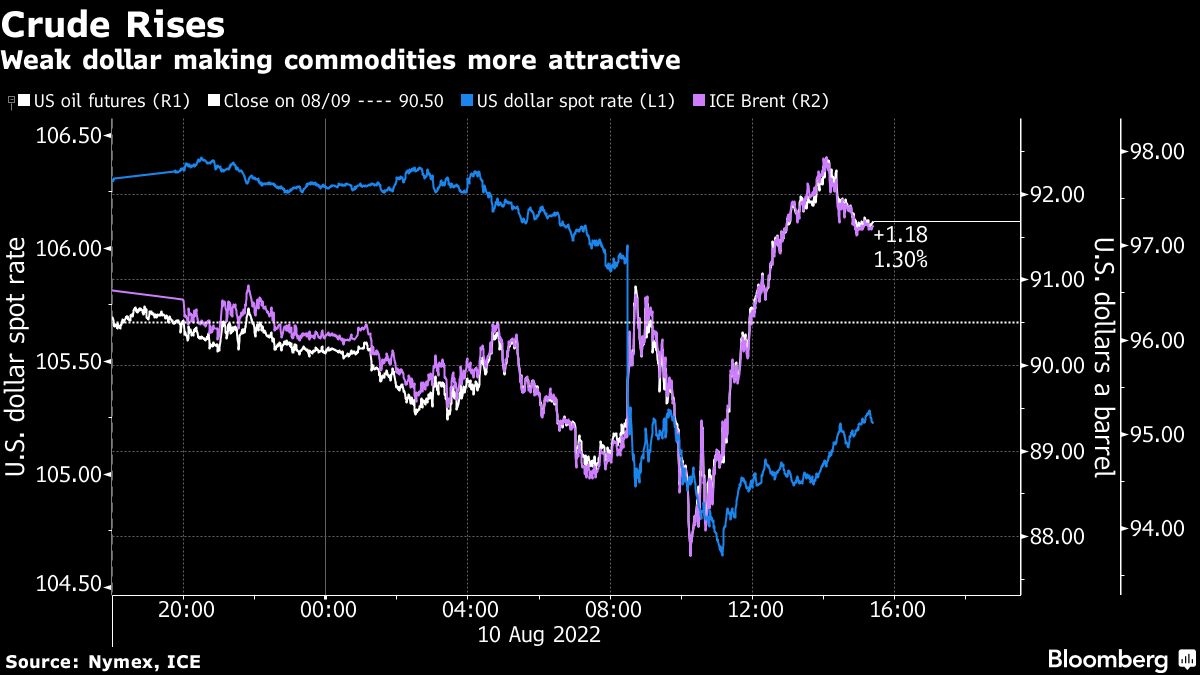 Oil has lost a quarter of its value since a March peak, hitting a six-month low last week on signs that demand was weakening, especially for US gasoline. The cooler Consumer Price Index data helped markets broadly rally, allaying some of the concerns around a global growth slowdown and higher interest rates.

A drop in consumer prices may have boosted demand among US drivers. US implied gasoline demand jumped 6.81 per cent, according to the latest report from the US Energy Information Administration, bringing the four-week average up 3.08 per cent from the previous week and above the same week for 2020. Crude inventories rose by more than 5 million barrels last week as weekly production climbed to the highest since April 2020.

Traders are also set for a barrage of data in the coming days. Both the Organization of Petroleum Exporting Countries and the International Energy Agency are set to issue their monthly snapshots on Thursday.