Oil closed lower for a second session as the dollar rose, offsetting bullish Chinese trade data and continued production outages in the U.S. Gulf of Mexico.

Futures in New York fell 1.4 per cent with a stronger dollar making commodities priced in the currency less attractive. Meanwhile, the industry was still assessing the impact on oil assets from Hurricane Ida. Nearly 80 per cent of crude oil production in the U.S. Gulf of Mexico remains offline.

“WTI is basically getting thumbed down by the rising U.S. dollar,” said Bart Melek, head of commodity strategy at TD Securities. Fears of slower-than-expected economic growth due to the delta-variant of the coronavirus and the impending Federal Reserve’s asset tapering later in 2021 may be prompting a pullback in risk appetite, he added. 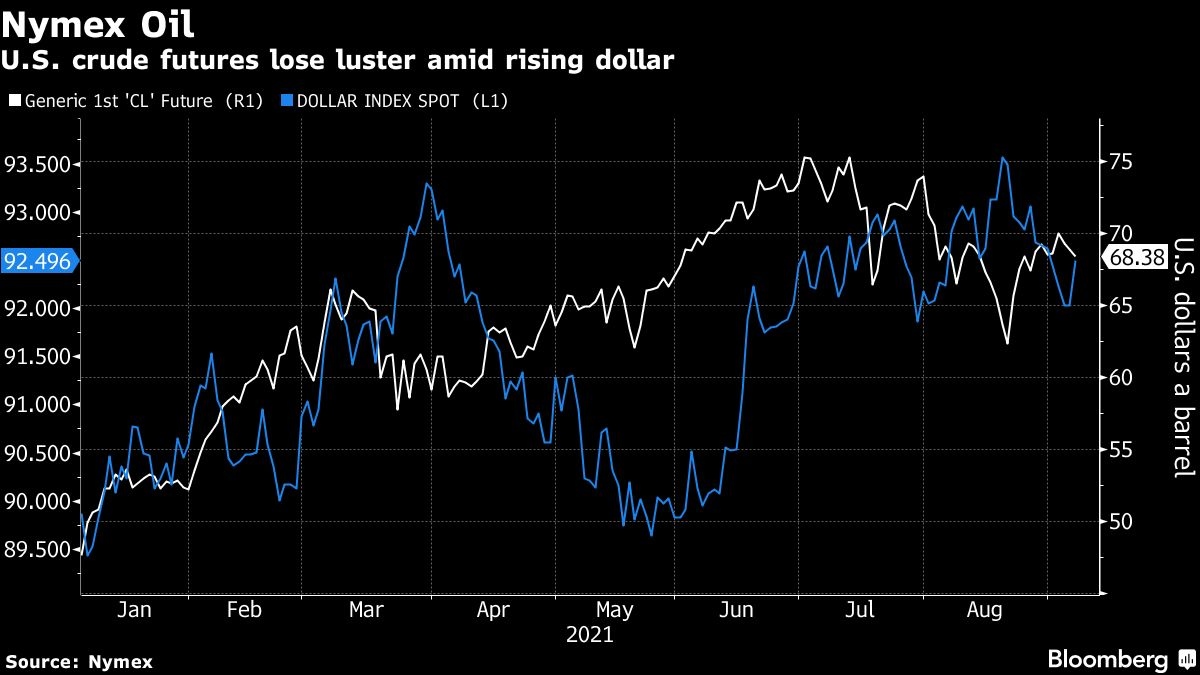 The fast-spreading delta variant has raised demand concerns in recent weeks, though China was able to swiftly contain its latest outbreak. The Asian country’s overall imports also rose, with crude purchases climbing to a five-month high, pointing to a revival in the region’s biggest economy following a recent wave of COVID-19 infections.

There are expectations that the global oil market will tighten over the rest of 2021, with the Organization of Petroleum Exporting Countries and its allies deciding last week to keep boosting supply on a bet that the recovery will accelerate.

Among Louisiana refiners, Exxon Mobil Corp. and Marathon Petroleum Corp. said parts of their respective crude processing plants were back in service.