Extending the supply deal puts the UAE at a disadvantage in 2022: Oil analyst

Oil fell for a third straight session as the dollar rose and investors awaited further signals from the OPEC+ alliance on its production policy after a dispute upended talks.

Futures slipped 1.6 per cent in New York on Wednesday. The U.S. dollar advanced to a three-month high before paring gains. A stronger dollar tends to reduce the appeal of commodities priced in the currency. Investors are assessing an ongoing crisis within the producer alliance that’s threatening a global supply deficit.

“The jury is still out about what the disarray within OPEC+ will amount to,” said John Kilduff, a partner at Again Capital LLC. 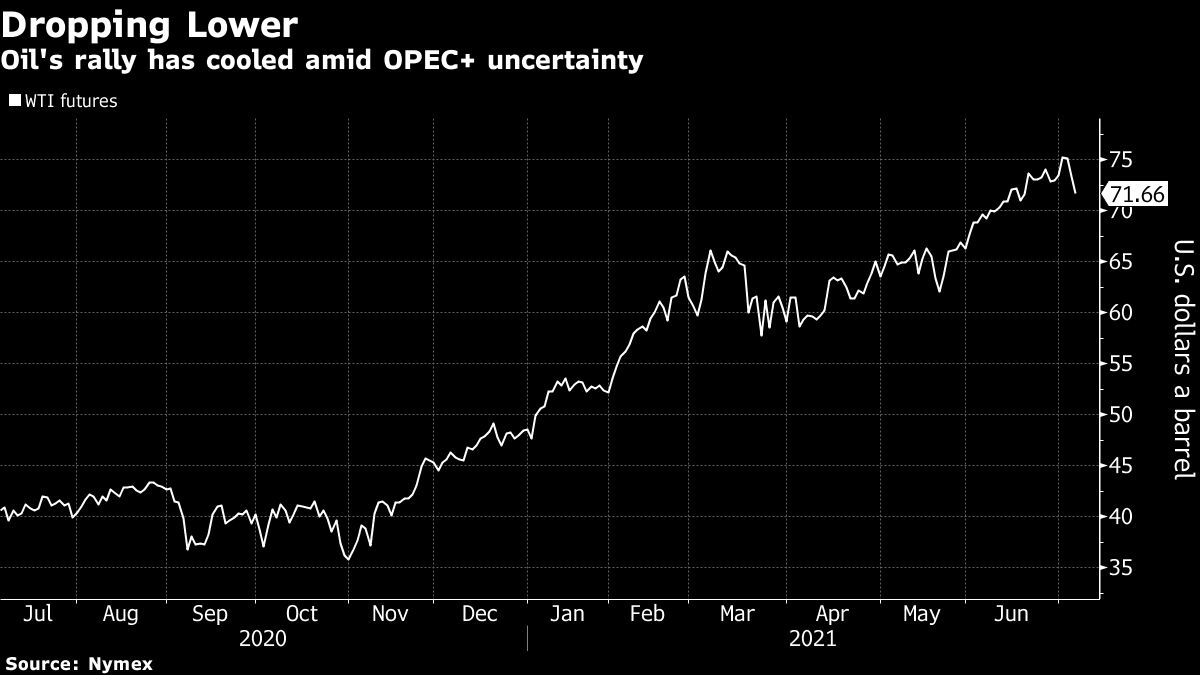 Oil prices have soared nearly 50 per cent so far this year with consumption returning and the previous OPEC+ production deal keeping a lid on output. But investors remain uncertain about both the future of the alliance’s supply agreement as well as the demand recovery with the delta variant continuing to plague nations.

JPMorgan Chase & Co. is among banks that anticipate a deal will be found. OPEC+ is expected to eventually agree in the coming weeks to increase production by 400,000 barrels a day each month for the rest of 2021, it said in a note.

“People are just wildly uncertain” what the OPEC+ stalemate means for the future of output, said Edward Moya, senior market analyst at Oanda Corp. “August is in question and the demand warrants more production.”

--With assistance from Grant Smith and Saket Sundria.