The valuations in natural resources are unbelievable: David Taylor

Oil gained on signs of better-than-expected U.S. economic growth and the potential for greater energy demand from China.

The U.S. economy expanded by more than forecast in the fourth quarter, figures released Thursday showed, easing recession fears and buoying markets. Meanwhile, a gauge of the dollar slipped to the lowest since April, making commodities priced in the currency cheaper for overseas buyers.

Oil has recovered from a steep drop at the start of the year, largely on hopes that Chinese consumption will pick up after years of lockdowns. The number of virus-related deaths and severe cases at hospitals in China is now 70 per cent lower than peak levels in early January, authorities said late Wednesday. 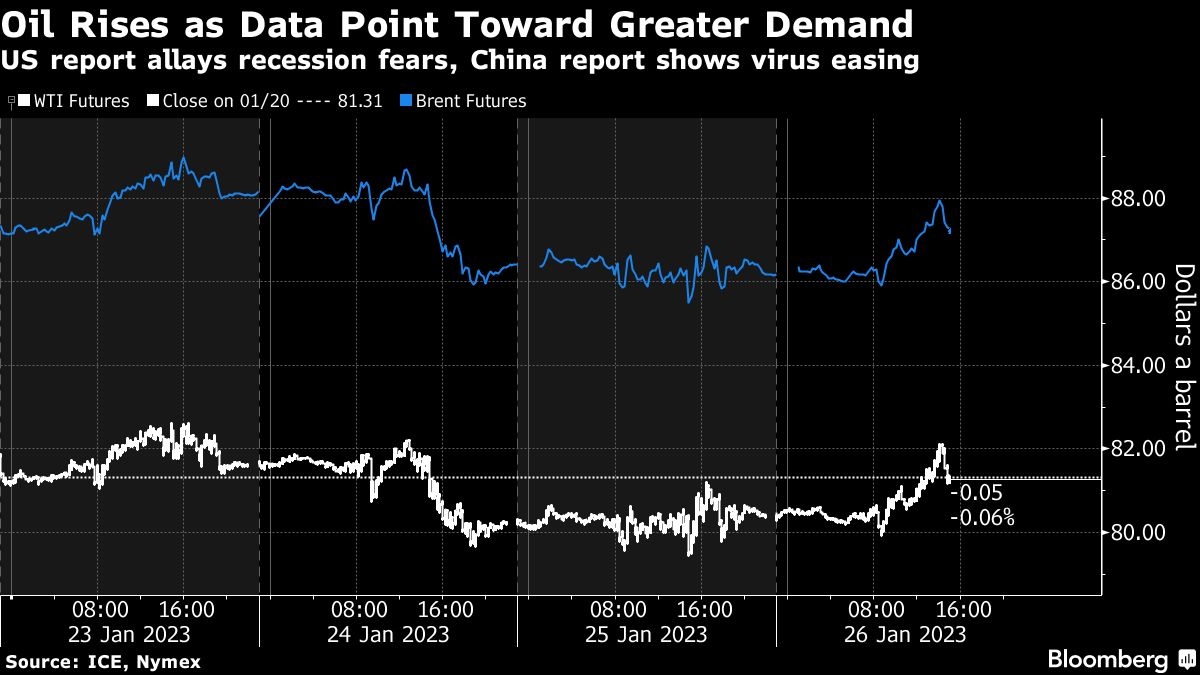 Energy demand is starting to pick up and the momentum will continue this year, Trafigura Chief Economist Saad Rahim said during a webinar. The rebound in Chinese tourism will have a big impact on consumption, he added, noting that the recovery takes place against a “backdrop of structural underinvesment” in supply.

Liquidity is also returning to the futures market, with open interest in global benchmark Brent near the highest since last February.

U.S. crude inventories rose for a fifth week to the highest level since June 2021, the Energy Information Administration reported Wednesday. Still, the gain of 533,000 barrels was smaller than some market participants expected.

Russian oil products will be subject to a European Union ban on seaborne imports and a Group of Seven-led price cap on the fuels in less than two weeks, with concern it may be more disruptive to markets than recent sanctions on Russian crude. Russian shipments of diesel-type fuel from the Baltic port of Primorsk are already on course to slow.

Meanwhile, French strikes are hampering deliveries of fuels such as diesel and gasoline as labor action hits the refining industry for the second time this month.