Oil futures ended slightly lower Tuesday, reversing earlier gains, on indications that Russian crude shipments via the southern leg of a major pipeline to Europe may resume in a few days after being suspended.

Benchmarks Brent and West Texas Intermediate crude slipped after swinging about 2 per cent in each direction earlier in the session. Russia’s Transneft said Ukraine halted flows through its Druzhba pipeline toward Hungary, the Czech Republic and Slovakia on Aug. 4 as sanctions blocked payment of Moscow’s transit fee. That section of the network usually carries about 250,000 barrels a day, Transneft data show.

“Energy traders faded the rally that stemmed from the halting of oil shipments because it wasn’t triggered by an escalation from the Russians,” said Ed Moya, senior market analyst at Oanda Corp. Europe is going to figure out how to allow the payments that were behind that disruption, he added.

Flows via Druzhba’s northern leg, which supplies Germany and Poland, remain unaffected, Transneft said, adding that the company is working on alternative options for the transfer of funds. 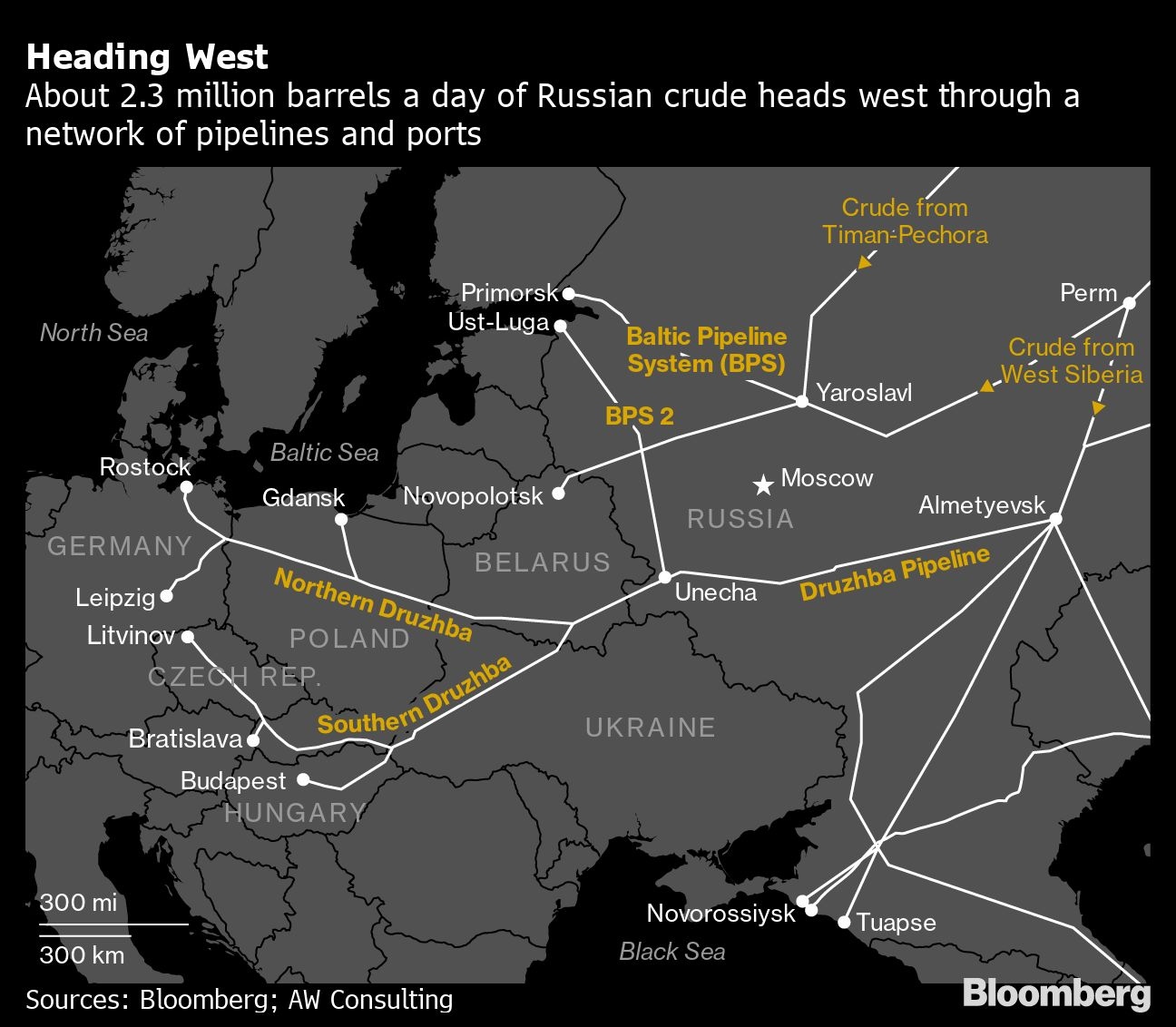 Futures have been volatile in recent days, staying true to typically thin-volume summer trading. The disruption to Russian oil supplies is a reminder of the risks to production in a market that’s been grappling with scant spare capacity. Yet prices also fell to the lowest since February last week on global economic growth concerns. Weakness in equity markets also limited oil’s gains.

The halt in Russian flows “is a reminder of the global supply fragility,” said John Kilduff, founder and CEO of Again Capital. “Concerns over the global economy remain a significant headwind, however. There is no room for error, in terms of supplies, or additional disruptions,” he added.

Avenues for incremental supply additions continue to look restricted. The US government lowered its estimated crude oil production forecast for 2023 slightly on Tuesday.

Also weighing on trading is the potential return of Iranian oil to the market. The US and Iran have just weeks to decide whether they want to revive their nuclear deal, after European Union diplomats presented parties with a final draft accord.

China’s imports of commodities in July offered some tentative signs of a demand recovery after the sharp slump earlier this year, but analysts said annual import levels are still depressed.