Oil dropped with concerns over weak economic data outweighing a crude-stockpile draw that continues to signal a tight market.

West Texas Intermediate futures edged lower to settle below US$97 a barrel after a volatile session characterized by listless swings in either direction. The US economy shrank for a second consecutive quarter, while government data this week also showed that crude stockpiles dropped by the most since the end of May. Traders are weighing how an economic slowdown could impact crude demand while low liquidity continues to exacerbate price swings.

“The bullish inventory report from yesterday is fading to the background as recession concerns loom again,” said Stacey Morris, head of energy research at VettaFi. 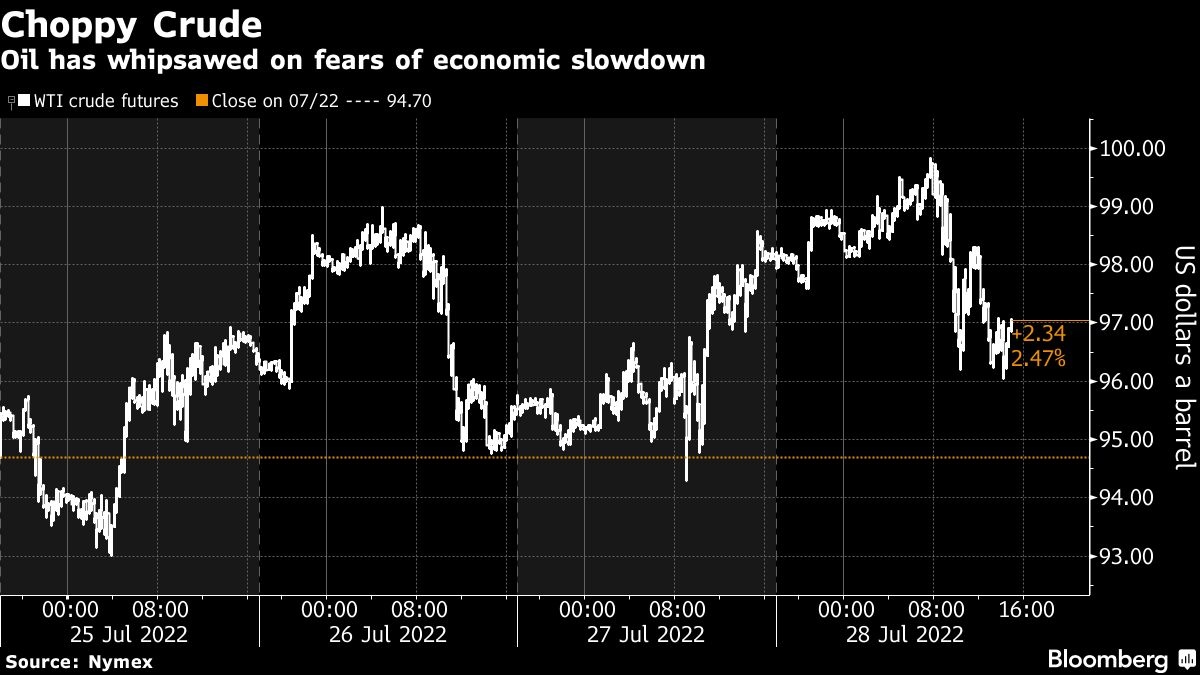 Oil prices are up 25 per cent this year even after giving up most of their gains from when Russia invaded the Ukraine. The price surge has helped Shell Plc and TotalEnergies SE to record second-quarter earnings, and other supermajors are likely to follow. A weaker dollar has also helped boost commodity prices.

“There is more upside than downside when it comes to the oil price,” Shell Chief Executive Officer Ben van Beurden said in an interview with Bloomberg TV. “Demand hasn’t fully recovered yet and supply is definitely tight.”

Yet escalating fears of a recession are providing headwinds for the commodity. Prices have dropped since early June as rampant inflation has lead the Federal Reserve to raise interest rates. With US gross domestic products falling for another quarter, market participants are now wrestling with how the central bank’s actions may restrain economic growth and demand for crude oil.

Meanwhile, the spread between WTI and global benchmark Brent has widened this week as a reduction in Russian flows exacerbates market tightness in Europe.