Oil declined amid growing concerns over the health of China’s economy that have triggered massive losses in equities.

U.S. crude futures slid 2.3 per cent to settle at the lowest level in more than a week as worries mounted over a possible implosion in the Chinese property sector that could impact the Asian giant’s appetite for crude. A stronger U.S. dollar is also making commodities priced in the currency less attractive.

“China is the global swing demand center,” said John Kilduff, a partner at Again Capital LLC. “If we lose China, we will lose much of the recent oil price gains.” 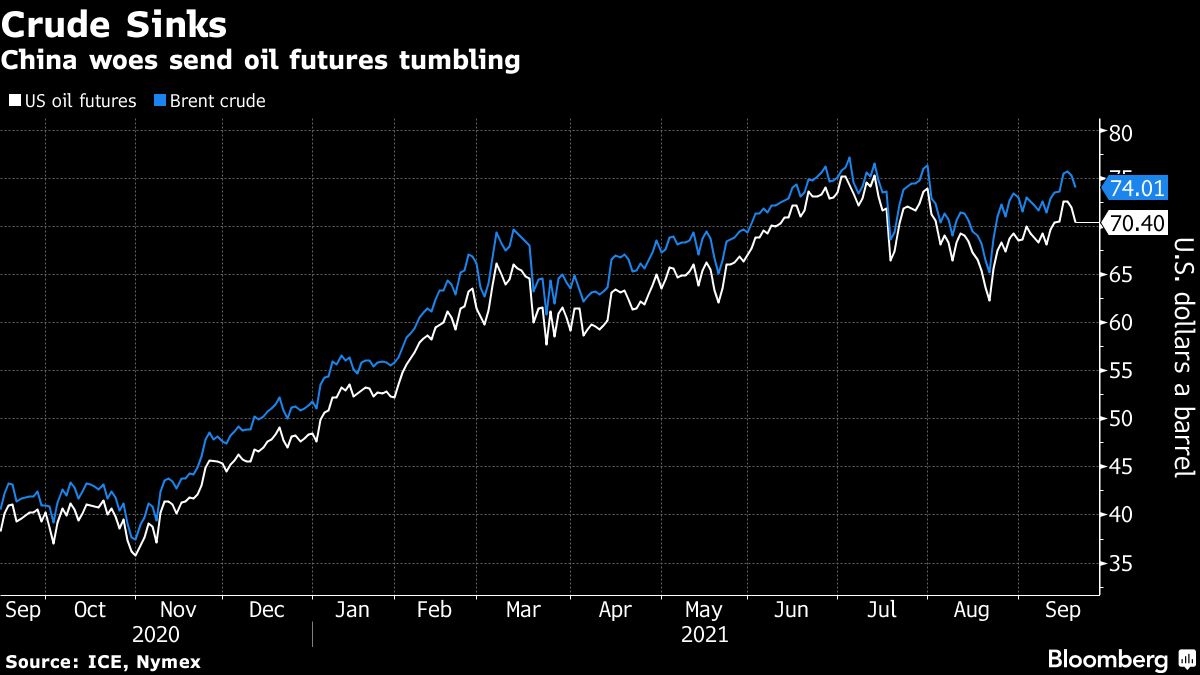 Crude prices have fared well so far this month -- U.S. oil futures are up about 4 per cent in September -- in part due to lingering supply disruptions from storms that have swept through the U.S. Gulf of Mexico. Royal Dutch Shell Plc said some critical U.S. Gulf of Mexico oil-production assets for Mars crude supply will be out of service for the rest of this year.

Investors are also continuing to monitor the energy crunch in Europe amid talk of switching from gas to oil. There are expectations diesel demand will expand in Asia during winter, while the use of oil to generate power in the U.S. may jump.