Futures in New York edged up after closing 0.4 per cent lower on Tuesday. Domestic crude supplies fell 4.73 million barrels last week, according to people familiar with data from the industry-funded American Petroleum Institute. Gasoline stockpiles declined 6.23 million barrels, the API said. The fuel supply drop would be the largest since March if U.S. government data confirms it Wednesday. 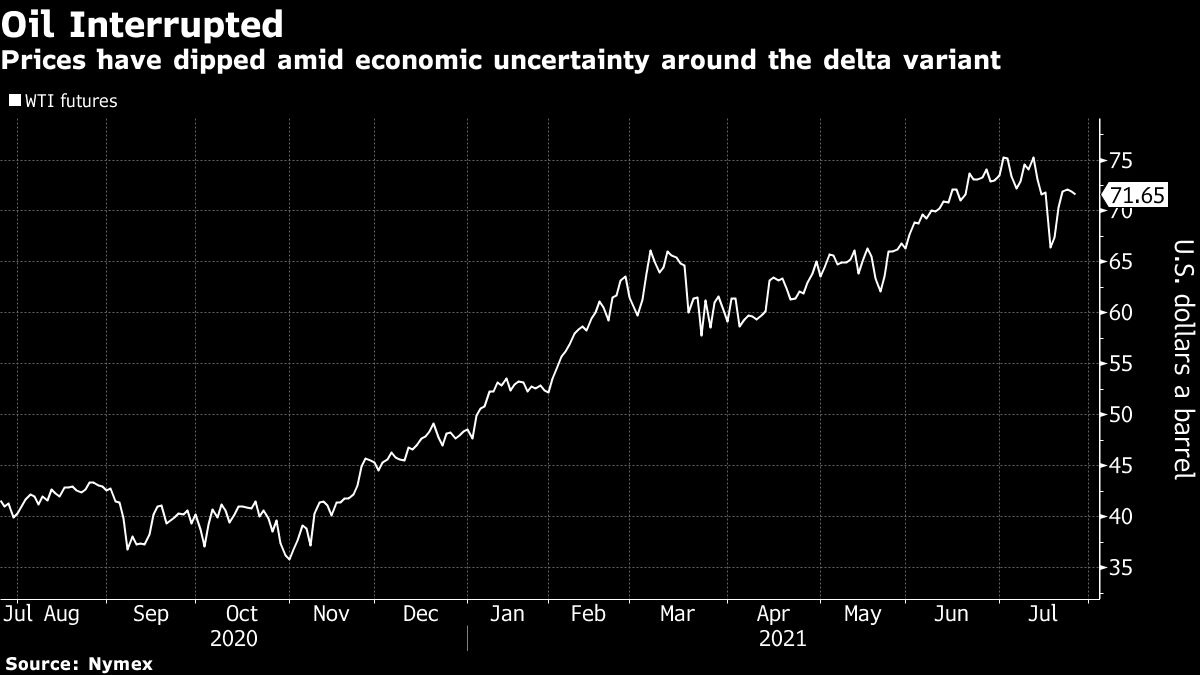 U.S. benchmark crude futures are poised for the second monthly drop since October with the delta variant interrupting a rebound in demand. Though global inventories are expected to tighten through the end of the year, new movement restrictions have dampened fuel consumption in some countries.

A rise in cases of the highly contagious delta variant has prompted new restrictions across the world. The positive test rate in Indonesia is the worst in Asia, while Thailand and Vietnam have introduced curfews to curb the spread of the virus. In the U.S., health officials said fully vaccinated people should go back to wearing masks indoors in places where infections are soaring.

“It’s more of a hit to sentiment at this point,” said John Kilduff, a partner at Again Capital LLC. “The petroleum complex is much more sensitive to the COVID-19 developments, particularly when they are going negative.”

“There are serious concerns about whether or not the global economies will hit a hiccup as a result of additional COVID variants,” said Gary Cunningham, director of market research at Tradition Energy.