Oil edged higher as broader markets rebounded after a virus-fueled selloff on Monday.

Futures in New York rose 1.5 per cent on Tuesday with U.S. equities advancing. Oil declined the most since September on Monday, as countries around the world attempt to curb the spread of the highly transmissible delta variant of COVID-19.

Oil will be rangebound while the delta variant, “although not catastrophic for demand,” does cap consumption, especially as it pertains to international travel, said Jay Hatfield, chief executive officer of Infrastructure Capital Management. 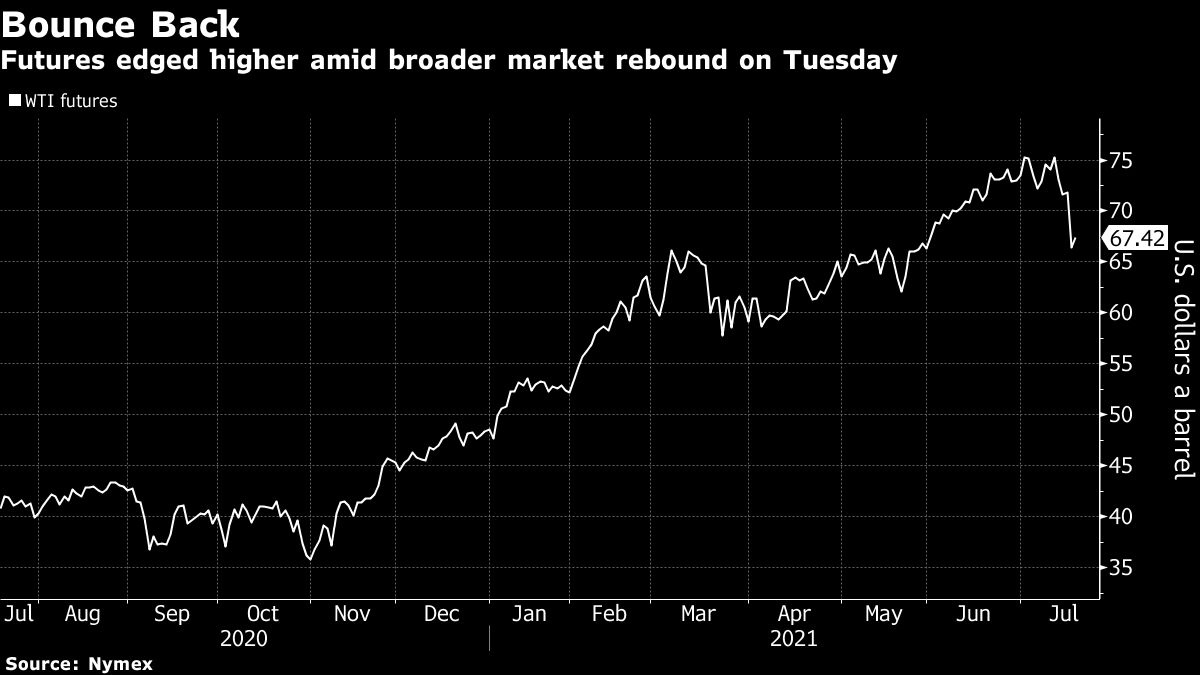 Oil’s upward trajectory has reversed in July as the spreading delta variant threatens the global economic recovery. The U.S. has warned citizens to not travel to the U.K. and Indonesia amid an increase in infections, and Singapore will tighten restrictions on dining-in and social gatherings. Goldman Sachs Group Inc. said the variant may curb global oil demand by 1 million barrels a day for a couple of months, though that’s offset by a slow production ramp-up from OPEC+.

“The market has yet to adjust to the idea that the end of the pandemic might not be a clear binary event and it might not be soon,” said Paul Horsnell, head of commodities research at Standard Chartered. “We believe we may be moving into a situation where economic decisions and the mobility possibilities open to consumers are still affected by the pandemic and remain so for an extended period.”

The longer-term outlook for oil may signal oversupply, especially with the addition of OPEC+ production increases. The tightest period for supply may be behind the market at this stage, and fundamentals for next year are weak, according to a report by Horsnell. Also, the slowing of monetary and economic stimulus next year will likely hurt growth, Hatfield said.

“We see next year’s economic situation as being dominated by ‘stagflation,’ so that’s not as positive for demand,” he said.

Shale producers have begun to take advantage of this year’s oil rebound by securing prices for 2022. EOG Resources Inc., the second largest independent U.S. shale explorer, locked in prices near US$65, according to a filing Monday.

“There’s a likelihood for choppiness given the profound volatility that was introduced to the market yesterday with that drop,” said Tom Finlon of Brownsville GTR LLC, a trading and logistics firm based in Houston.

In the U.S., analysts surveyed by Bloomberg estimate a crude stockpile decline of about 4.5 million barrels last week. The industry-funded American Petroleum Institute will release inventory data Tuesday afternoon, while the U.S. government will release its weekly tally on Wednesday.