Oil closed at the highest level since early March, buoyed by optimism that OPEC+ will rebalance the market. But the rally could turn on what happens at the alliance’s June meeting.

The producer group reached a preliminary agreement Wednesday to extend historic output curbs for an extra month, with Saudi Arabia and Russia drawing a hard line on cheating, and insisting that countries make up for past non-compliance by deepening future cuts. Their stance injects some uncertainty into the market, which has rallied from historic lows but remains vulnerable to ongoing demand weakness and a persistent supply glut.

In the U.S., the outlook for fuel consumption dimmed after U.S. government data showed that diesel demand fell to a 21-year low last week while inventories rose to the highest level since 2010. Gasoline supplies also swelled, suggesting consumption isn’t rebounding as quickly as initially thought. The builds in fuel stockpiles offset a larger-than-expected decline in crude inventories.

Futures in New York fluctuated between gains and losses amid the conflicting market signals. While West Texas Intermediate crude ended the session one per cent higher, prices declined after the close.

“We’re in wait-and-see mode,” said Michael Lynch, president of Strategic Energy & Economic Research Inc. The question now is not whether OPEC+ will extend cuts but by how much, he said. “If they extend until the end of the year, that will encourage optimism on the part of buyers.” 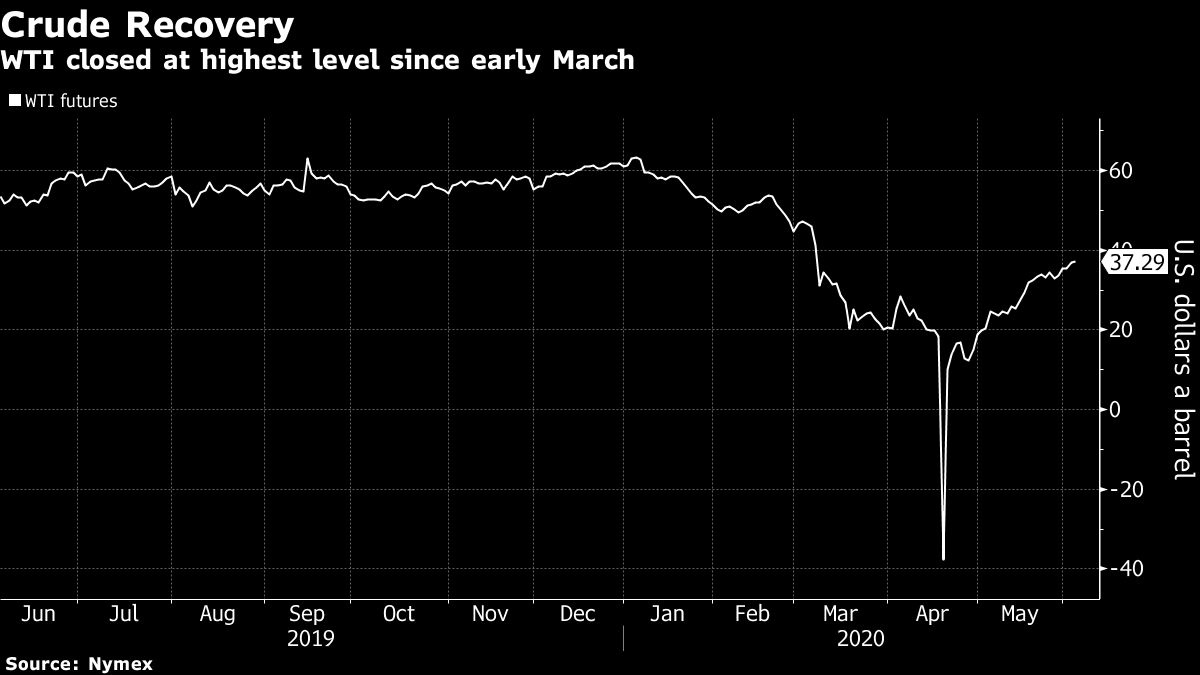 Russia and Saudi Arabia, the de-facto leaders of OPEC+, are putting pressure on Iraq, Nigeria, Kazakhstan and Angola to make firm commitments they will improve compliance, and also to make up for past wrongs. The OPEC+ leaders are demanding the four countries compensate for non-compliance in May -- and potentially in June -- by cutting extra in July, August and September, according to the people familiar with the situation. That’s a painful prospect for those producers, already struggling with the budget impact of low prices.

Prices:
• U.S. West Texas Intermediate rose 48 cents US to settle at US$37.29 a barrel in New York.
• Brent rose 22 cents US to US$39.79 a barrel in London. The global benchmark crude had earlier topped US$40 for the first time since March.

The OPEC+ leaders expect to hold a meeting on June 10, according to people familiar with the matter. But negotiations continue with the aim of simply ratifying the accord at the virtual gathering, according to the people.