Energy could be the commodity that does the best in inflationary period: Greg Taylor

Oil ended the session unchanged after choppy trading with traders focused on adjusting positions in U.S. crude options ahead of expiration.

Futures in New York closed flat on Thursday after earlier declining as much as 1.5 per cent amid a U.S. dollar rally. Nearly 312 million barrels of Nymex front-month West Texas Intermediate crude options, instruments used by investors to hedge their positions in the futures market, are set to expire on Thursday.

“The earlier sell-off in oil futures was in response to the dollar rallying. But now, the market is meeting some position-squaring before WTI options expiry today that is erasing some of those declines,” said Spencer Vosko, director for crude oil at Black Diamond Commodities LLC in Houston. 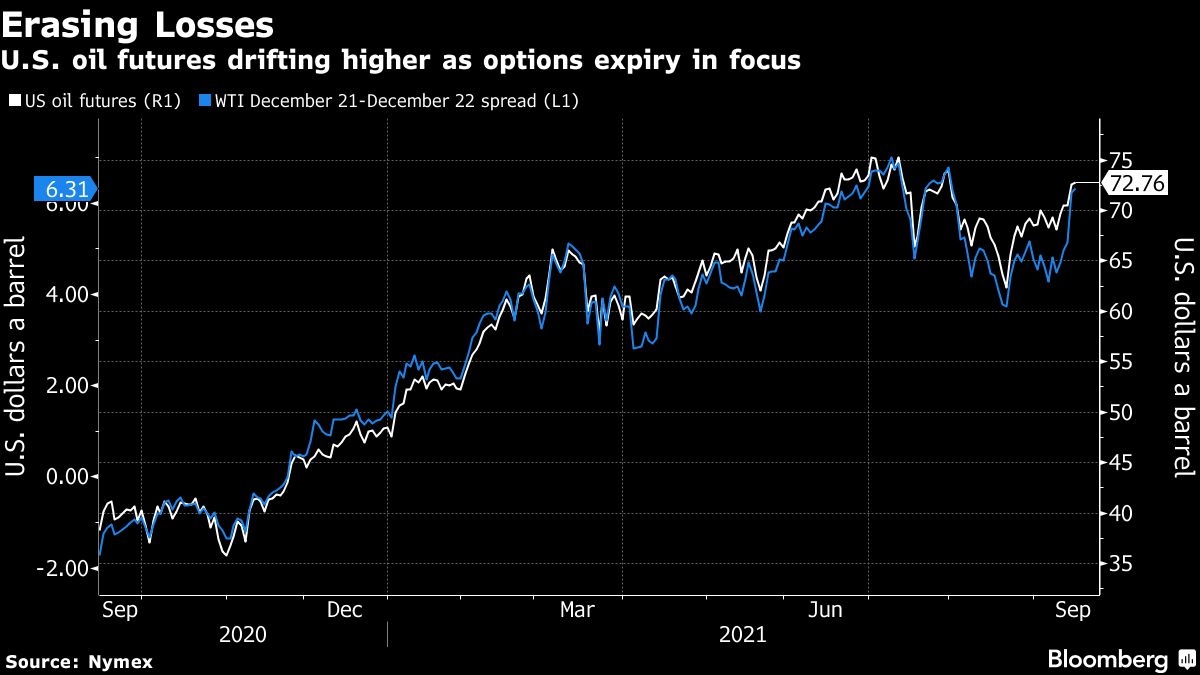 Crude futures this month have been supported by signs of tightening U.S. inventories after storms swept through the U.S. Gulf of Mexico, crippling the energy industry. The global oil market should remain tight through the end of the year despite planned production increases by OPEC+ producers, in part from those storm-related outages, as it will take some time for a full recovery, according to Commerzbank AG.

The investor optimism is also showing up in the widening of key oil timespreads into a stronger bullish backwardation structure. For example, West Texas Intermediate crude for December delivery jumped to the widest premium to the December 2022 contract since July.