Oil prices are not going to go up any time soon: Analyst

Oil settled at the lowest in more than six months as traders weighed the prospects for increasing Iranian crude exports with a worsening outlook for global economic growth.

West Texas Intermediate futures dropped 3.2 per cent to close below US$87 a barrel in another volatile, thinly traded summer session. Talks between Iran and European Union negotiators signaled progress toward a renewed nuclear deal that could open the door to crude shipments from the Islamic Republic.

“The potential for a deal is being priced in which creates two-way risk for the oil price if a final announcement does come this week,” said Craig Erlam, senior market analyst at Oanda. “But the primary driver of the weakness, which could keep prices around US$90 or lower, is the threat of recession around the world and the Chinese lockdowns.” 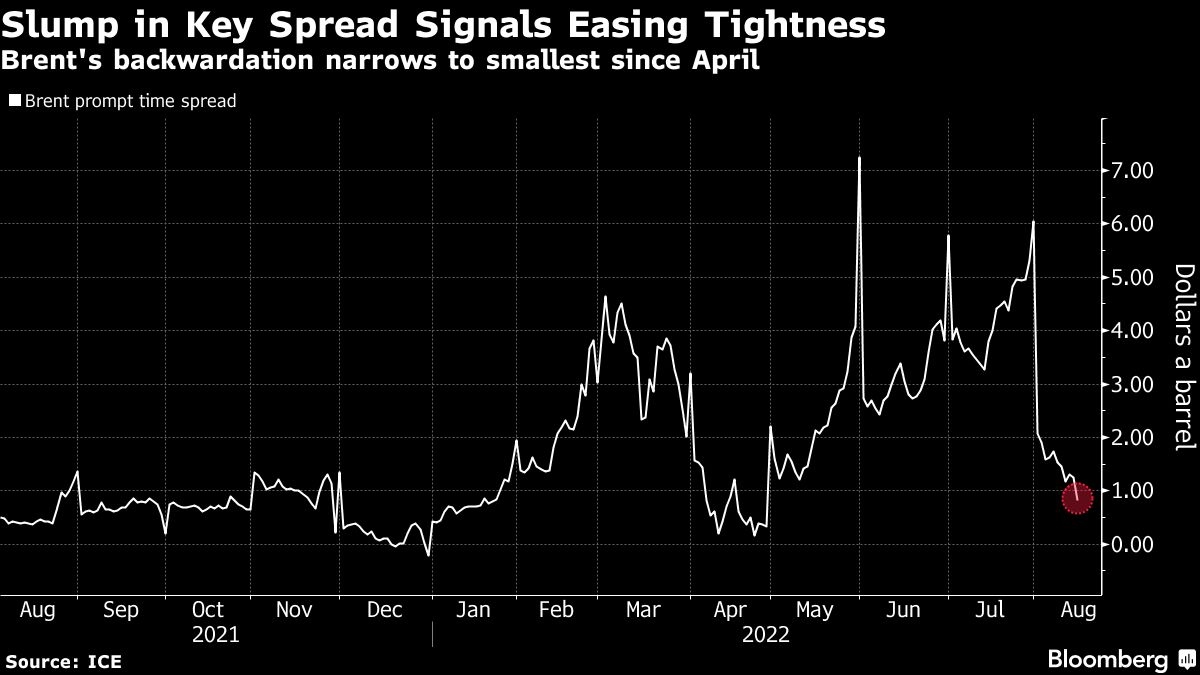 The removal or modification of sanctions on Iran could unleash an additional 1.3 million barrels of daily oil supplies, ING Bank head of commodities strategy Warren Patterson said in an emailed note.

Abating worries about tight supplies are being reflected throughout the so-called forward curve. While the market is backwardated -- a bullish pattern marked by near-term prices commanding a premium over later-dated ones -- the gap has narrowed significantly.

The spread between Brent’s December 2022 and December 2023 contracts shrank by 8 cents Tuesday to US$6.92 a barrel, the lowest since February. Meanwhile Brent’s prompt spread settled 60 cents in backwardation, compared with US$2.08 at the start the month.