Oil jumped amid indications of a rapidly tightening market after a U.S. government report showed a bigger-than-expected decline in crude stockpiles.

U.S. crude futures advanced as much as 3.8 per cent in New York on Wednesday and global benchmark Brent crude topped US$75 a barrel for the first time since early August. Domestic crude stockpiles tumbled to the lowest since September 2019 after losing over 6 million barrels That drop exceeded projections by the industry-funded American Petroleum Institute. The data follow the International Energy Agency’s warning that recent supply lost from storms in the Gulf have offset what OPEC and its allies have added, and the world will have to wait until October for more barrels.

“There’s not a lot of new crude supply coming to the market, so the market feels awfully tight,” said Matt Sallee, who helps manage about US$8 billion at Tortoise. “That will keep crude prices moving higher. COVID demand worries are taking a backseat for now.” 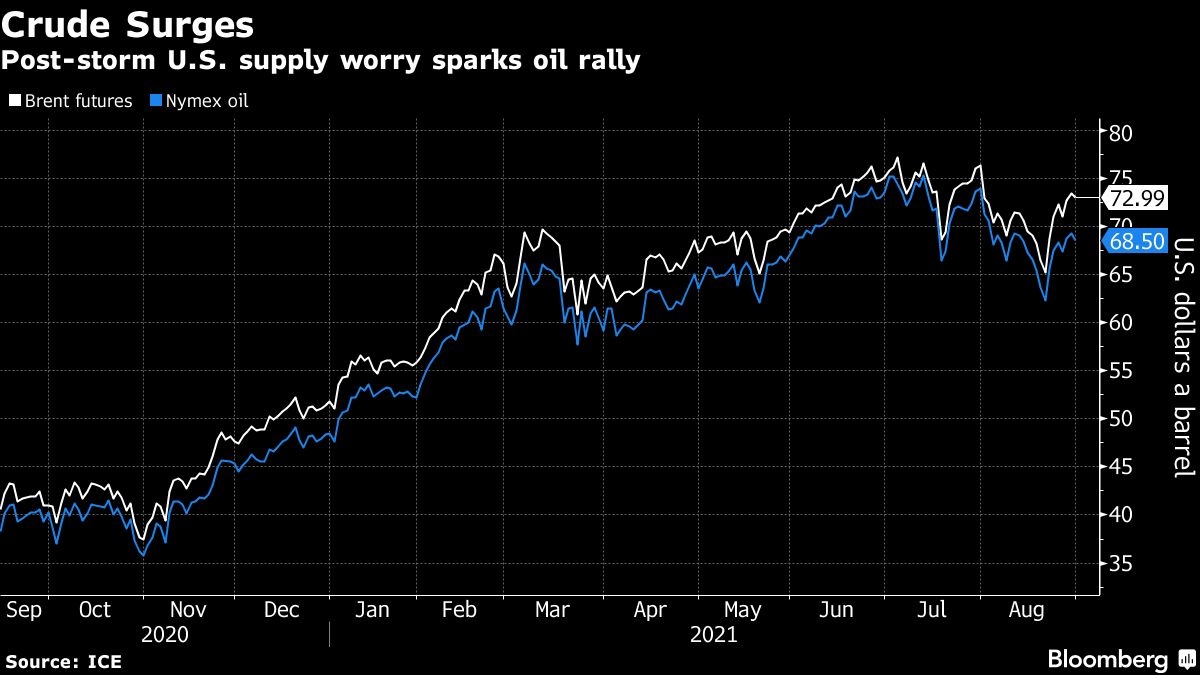 Prices have steadily climbed since late August and were given a further boost when Hurricane Ida shut down a chunk of U.S. Gulf Coast oil production. Meanwhile, the latest analysis from the Organization of Petroleum Exporting Countries shows a looming supply crunch in the summer of 2022.

OPEC’s analysts now see global oil demand increasing by 4.15 million barrels a day in 2022, compared to the level expected for this year, an upward revision of 860,000 barrels a day from what they forecast a month ago.

U.S. supply restraints have caused so called timespreads in the Brent and WTI benchmarks to widen. Nymex crude for delivery in December this year is now trading at US$6.05 a barrel above that for supply in the same month next year. That’s the biggest premium in over a month.

The Energy Information Administration also said that national gasoline and distillate inventories each declined by nearly 2 million barrels.  A sharper drop would have likely occurred had petroleum consumption not been affected by recent U.S. Gulf Coast storms.

Due to the storms in the Gulf of Mexico, the slow recovery in natural gas production that has sent those prices rallying may prompt power producers to use petroleum products such as fuel oil to run as feedstock in their plants, according to Sallee.

“That will buoy crude prices even higher,” he said.