Oil ended volatile session lower as a stronger U.S. dollar offset a potentially bullish impact from plans by the U.S., European Union and Group of Seven nations to install new round of sanctions on Russia.

West Texas Intermediate fell 1.3 per cent to close below US$102 a barrel. The dollar rose after remarks by the Federal Reserve Governor Lael Brainard that the nation’s central bank would continue to tighten policy methodically and shrink its balance sheet at a rapid pace as soon as May. A stronger dollar, which makes commodities priced in the currency less attractive, outweighed the plan from the U.S. EU, and G-7 nations to increase sanctions on Russian financial institutions and state-owned enterprises. Restrictions would also apply to all new investments in Russia. 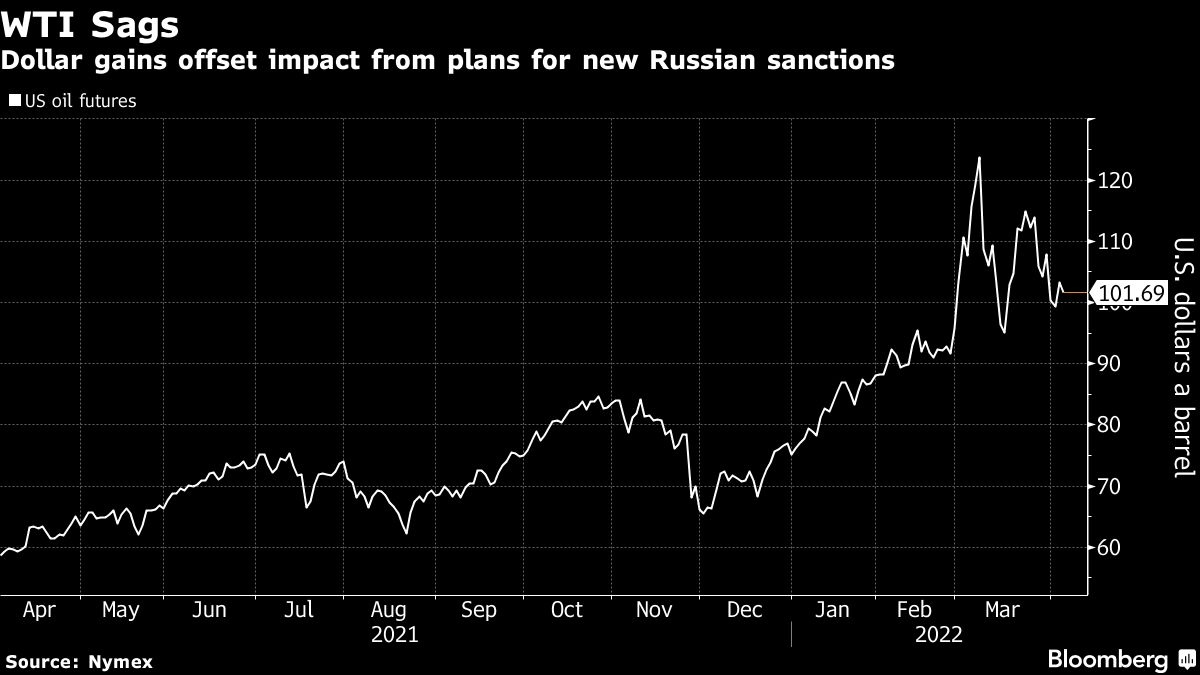 Oil rallied to the highest level since 2008 in the first quarter as Russia’s invasion disrupted supplies in an already tight market faced with roaring demand and dwindling stockpiles. The U.S. and U.K. already moved to ban Russian oil, and mounting civilian casualties in Ukraine are piling pressure on governments to take further steps against Russia.

“The threat of European sanctions on Russian oil remains an upside risk for crude prices despite the firm opposition in the short term from certain member states,” said Craig Erlam, senior market analyst at Oanda.

With the war in Ukraine in its second month, Russia faces allegations its troops massacred civilians in Bucha and other towns, an accusation Moscow denies.

The possibility of new curbs is offsetting the impact in the global crude market of a vast release from the U.S. Strategic Petroleum Reserves (SPR,) beginning in May, in a bid to tame prices. Other countries have said they’ll also make drawdowns. That move has reshaped the oil futures curve, keeping a lid on nearby prices but lifting those further into the future.

“Many who were long oil got out in the last week or so on the basis that the SPR was just too much for the market to handle without some real evidence of dropping Russian crude exports,” said Scott Shelton, an energy specialist at TP ICAP Group Plc. 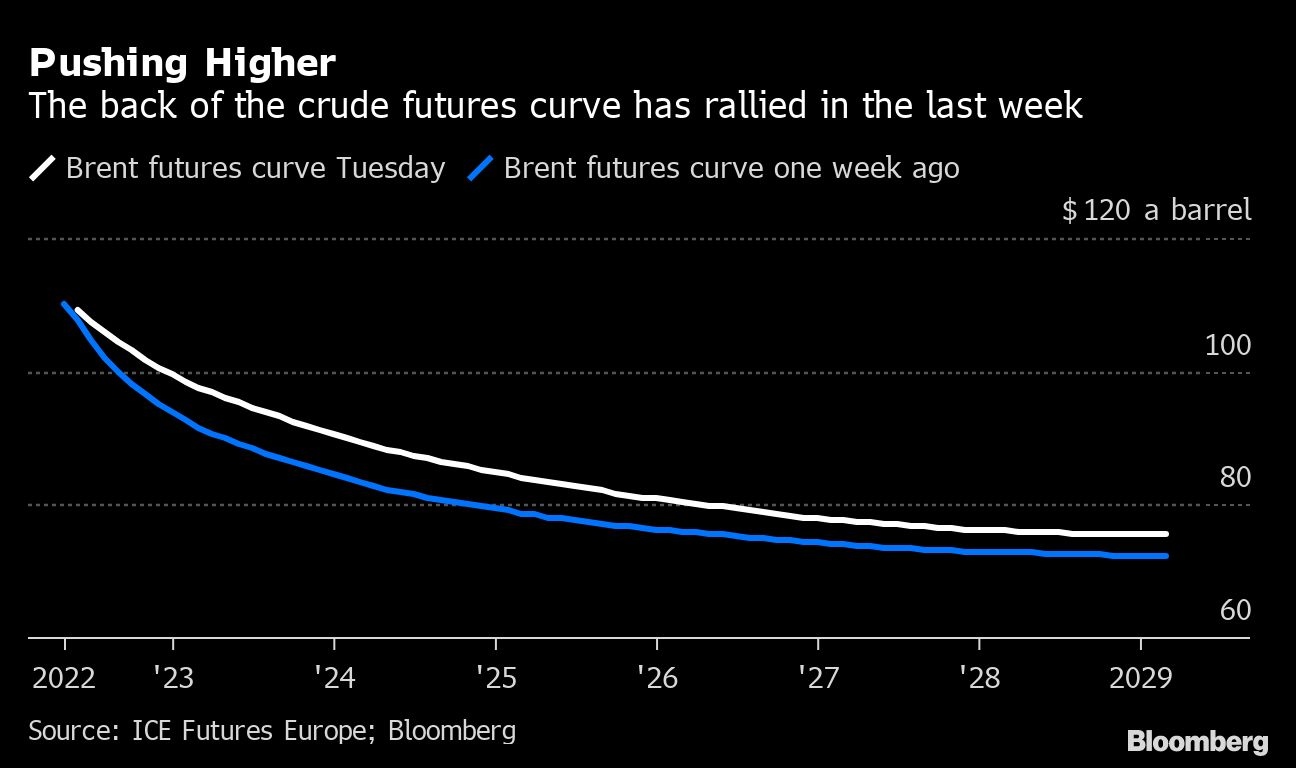 In one sign of tightness, Saudi Arabia raised selling prices for all regions. Saudi Aramco increased its Arab Light crude for next month’s shipments to Asia to US$9.35 a barrel above the benchmark it uses, a record differential.

Many Western companies aren’t taking Russian crude, although discounted exports are going to buyers in Asia, including China and India. On Monday, commodity trader Trafigura Group offered to sell a cargo of Russia’s Urals grade at a record discount, but there were no bids.