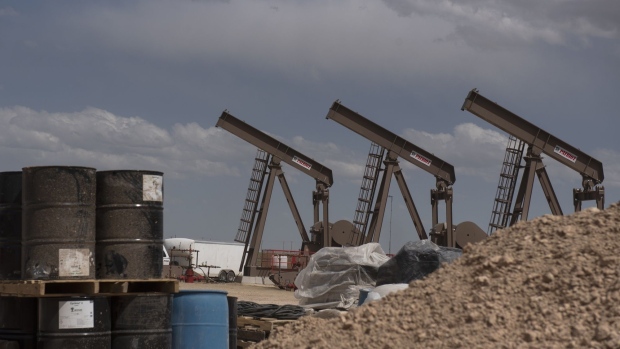 Futures traded below US$53 a barrel in New York, having snapped a six-day gain on Wednesday. There are signs that physical markets are softening in Asia, with Abu Dhabi’s Murban crude at a discount to its benchmark despite continued OPEC+ cuts and the Saudi plan to slash output next month. Technical indicators suggest oil is likely headed for a decline with the global Brent benchmark on its longest run of overbought days since 2012.

Crude’s advance this year has seen Wall Street turn steadily more bullish on the market. Goldman Sachs Group Inc. and JPMorgan Chase & Co. have both raised price forecasts in recent days, saying market tightness that had been expected at year-end should come in the summer. Plunging temperatures, meanwhile, have bolstered energy consumption, with Asian utilities snapping up prompt supplies of fuel oil as power use surges, offsetting coronavirus concerns.

“Prices are currently driven by expectations and not by immediate realities,” said Tamas Varga, an analyst at brokerage PVM Oil Associates Ltd. “Demand worries are outweighed by supply management.”

Demand anxiety persists, with signs that parts of Europe are straining under the pressure of renewed virus lockdowns. Road use in the U.K. was down 42 per cent last week compared with normal levels.

In Asia, China’s economic recovery gathered pace in December as exports jumped, pushing the trade surplus to a record high. Oil imports, however, fell about 15 per cent compared with November.