If Russian energy exports were at risk, oil would move higher: Cornerstone Analytics

Russia’s invasion of Ukraine has thrust just about every major grade of crude in the American physical oil market above US$100 a barrel.

The last time this happened was more than seven years ago, when oil was at the tail-end of a four-year rally fueled by strong global economic growth, particularly from the U.S. and China. At the time, supplies were strained as major producers in the Middle East and Africa suffered production disruptions due to armed conflict, while Iran was under sanctions that kept millions of barrels off the market.

Now, with sweeping sanctions bringing trade with Russia to a virtual halt, supplies from the world’s third-largest crude producer are becoming uncertain in a market that was already very tight as major economies recover from the pandemic. So, traders are seeking out alternatives including American oil, while managing heightened shipping costs and supply-chain disruptions. 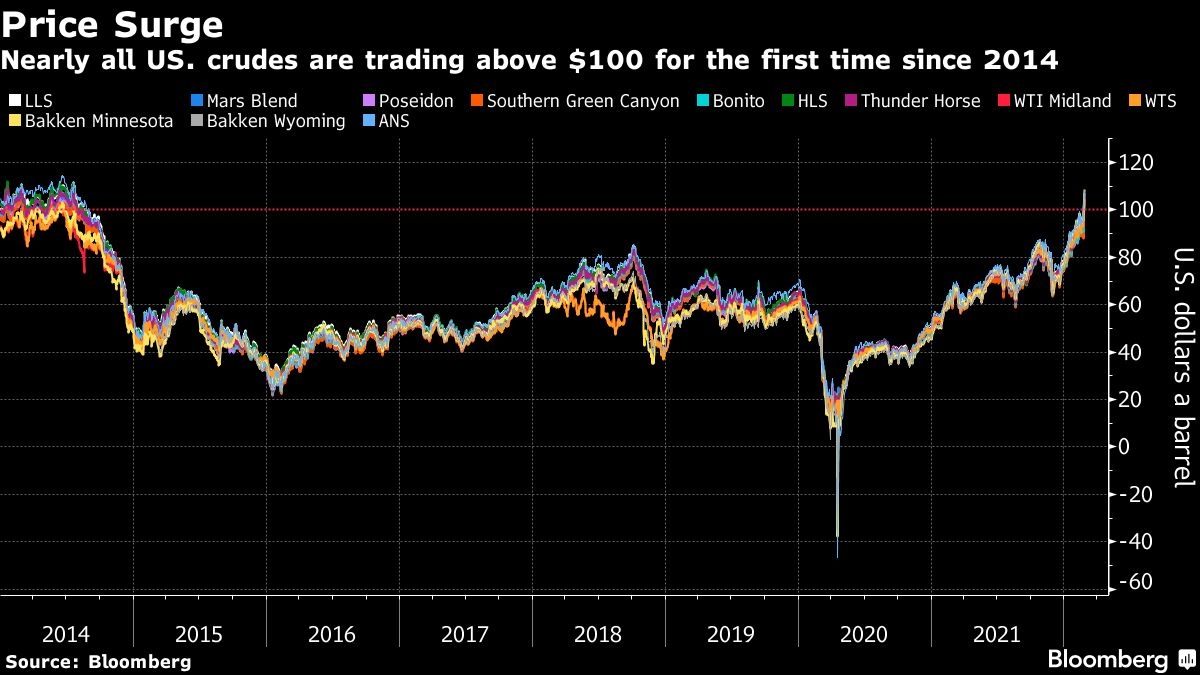 Shale oil grades produced in the Permian Basin of Texas and New Mexico and in the Bakken formation in North Dakota are trading at their strongest levels in roughly a decade, according to data compiled by Bloomberg. Bakken crude is currently the most expensive in the domestic U.S. oil market. The offshore, high-sulfur Mars Blend and its low-sulfur equivalent, Light Louisiana Sweet, are trading at the highest prices since 2014.

Even America’s northernmost crude, pulled from Alaska’s frigid tundra isn’t fairing any worse. Alaska North Slope, or ANS, is also trading at the highest level seven years, and is currently the second most costly crude in the U.S.