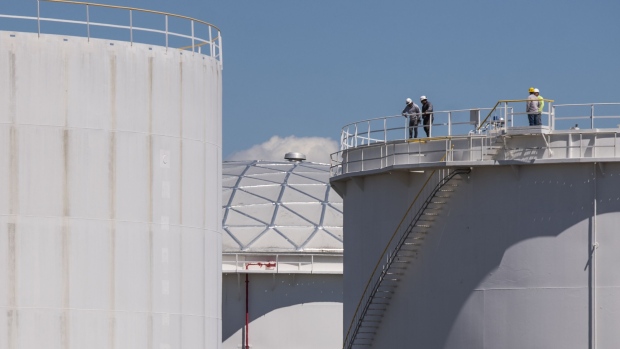 Oil closed the month almost 10 per cent higher after a tumultuous session where China was said to order it’s top energy companies to secure supplies at all costs, prompting the White House to reiterate its concern over rising prices.

Futures in New York rose 0.3 per cent Thursday, wiping out earlier losses of as much as 2.3 per cent. Prices surged after China was said to order its top state-owned energy companies to secure supplies at all costs. The rally cooled somewhat after Reuters reported OPEC+ is considering boosting production even more than previously announced at its meeting next week.

The rising price of oil “is of concern for the U.S.,” said White House press secretary Jennifer Psaki. The U.S. has been in touch with OPEC about oil prices, she said at a press briefing. Heading into next week’s meeting between OPEC and its partners, there is increased speculation that the organization will consider raising production more than the previously announced hike of 400,000 barrels a day.

“With oil prices at multi-year highs, we think that OPEC will come under increasingly intense pressure from Washington to increase production,” RBC analyst Helima Croft said in report. 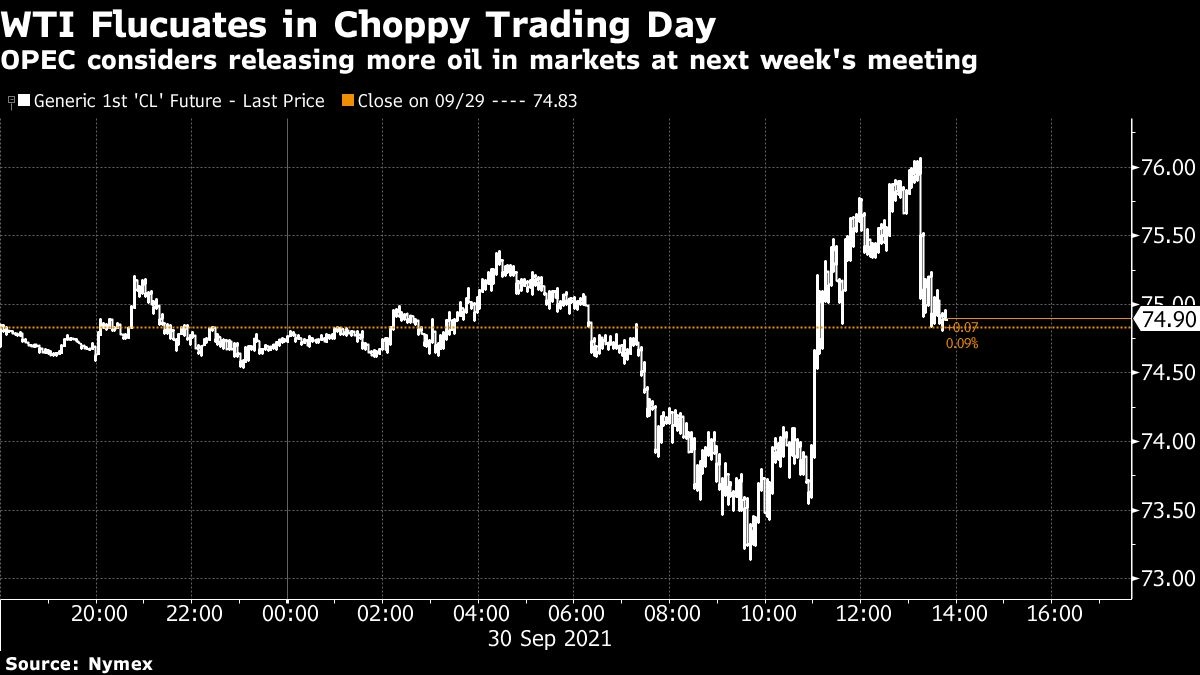 The biggest monthly increase since June was spurred by ongoing supply disruptions in the U.S. Gulf of Mexico and an ongoing energy crunch that many expect will prompt a shift to burning oil for power generation as coal and natural gas prices skyrocket. Some options traders are even betting prices could reach US$200.

Crude supplies probably will be 1.5 million barrels a day shy of demand during the next six months, according to Citigroup Inc. That deficit could widen should soaring natural gas prices spur a shift to petroleum-derived fuels.

Global oil supplies are expected to fall short of demand by 1.2 million barrels a day in October, and by 900,000 the following month, according to an OPEC secretariat document being reviewed by the group’s Joint Technical Committee.

Meanwhile, Wall Street is turning more bullish on oil prices the longer Iran delays a resumption of nuclear talks. Strategists and traders from Goldman Sachs Group Inc. to Citigroup and Vitol Group said the stalling has reduced chances of millions of Iranian barrels returning to global markets this year.