West Texas Intermediate rose 1.7 per cent on Wednesday to the highest closing price since November. U.S. stockpiles fell to the lowest since October 2018, according to government data. Earlier, the International Energy Agency’s Fatih Birol said demand is stronger than expected in the wake of omicron while disruptions in major producing countries are pinching supplies.

Oil also got a boost as the dollar weakened to November lows, increasing the appeal of commodities priced into the currency.

“Crude is trading with rose-colored glasses,” said Rebecca Babin, senior energy trader at CIBC Private Wealth Management, with investors focused on the more bullish aspects of the EIA report, such as the Cushing draw versus the slightly softer implied demand. “The fundamentals and technicals support this for now.” 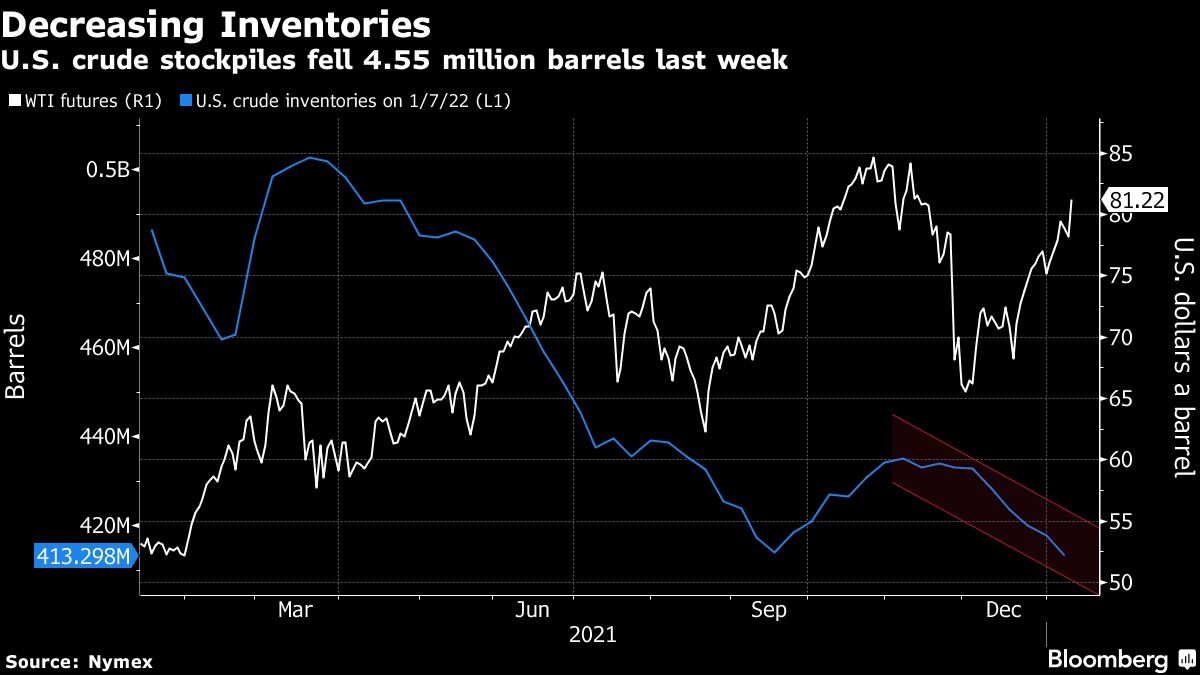 Oil has been buffeted by wider sentiment in financial markets so far this year. U.S. consumer prices soared last year by the most in nearly four decades, illustrating red-hot inflation that sets the stage for the start of Federal Reserve interest-rate hikes as soon as March. The consumer price index climbed 7 per cent in 2021, according to Labor Department data released Wednesday, in line with forecasts.

On the products side, gasoline inventories rose 7.69 million barrels last week, according to the EIA’s weekly report. Lower gasoline consumption is typical of a seasonal post-holiday lull. Over a four-week average, demand for the product dropped to the lowest since April.