Oil prices still weighed by down by soaring U.S. dollar

Oil clung to a slight gain after a slew of rate hikes around the world reaffirmed central bankers would continue to fight inflation at the expense of economic growth.

West Texas Intermediate settled near US$83 a barrel, sticking close to the previous day’s close. Equity markets fell under the weight of multiple interest rate hikes from Norway to South Africa, putting a lid on oil prices. Markets are largely following macroeconomic indicators after the Fed boosted rates by 75 basis points for a third straight time, casting a shadow on oil’s demand outlook.

Traders are “waiting for the next headline to dictate market direction here,” said Robert Yawger, director of the energy futures division at Mizuho Securities USA. “You’re looking for some kind of fundamental part of the puzzle to change dramatically to put the bid in.”

Crude remains on track for its first quarterly decline in more than two years on concerns that demand may be crimped by an economic slowdown. 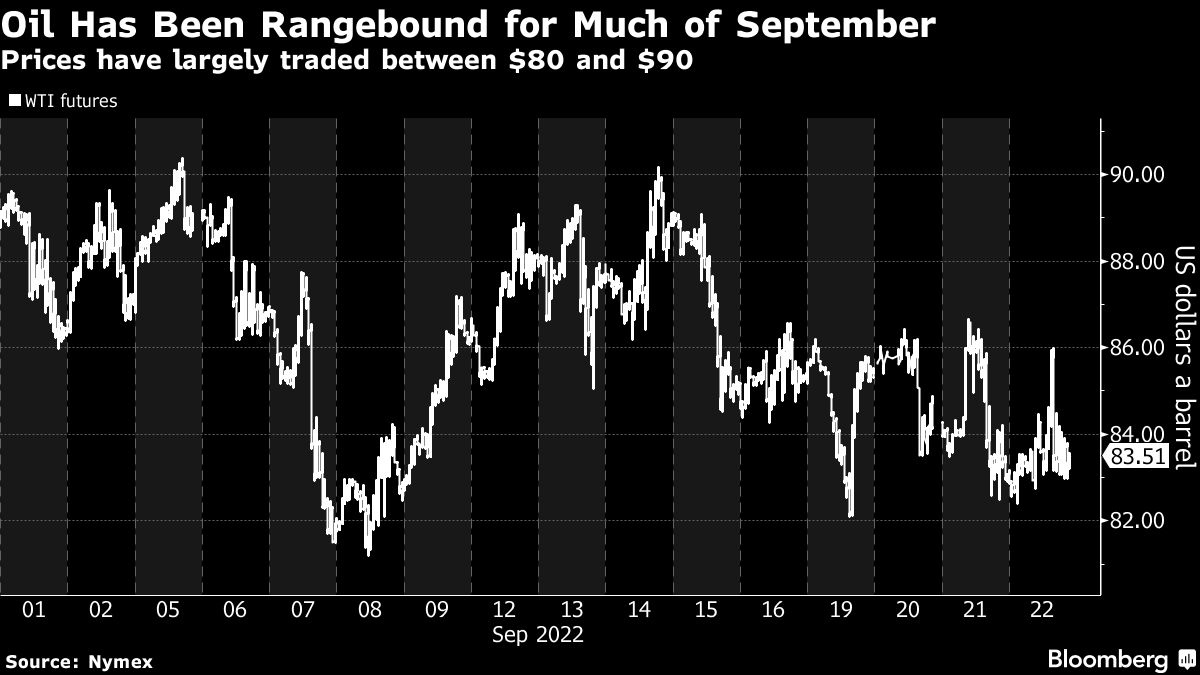 Data this week showed that signs of economic slowdown are mounting, as US gasoline and diesel demand fell to the lowest seasonal levels in more than a decade. The Energy Information Administration also reported nationwide US crude stockpiles and those at the key storage hub at Cushing, Oklahoma, expanded last week.

Traders are also watching bullish indicators for the coming months, including an escalation of Russia’s invasion to Ukraine that prompted EU member states to push for the adoption of a price cap on Russian oil before its sanctions take effect in December.