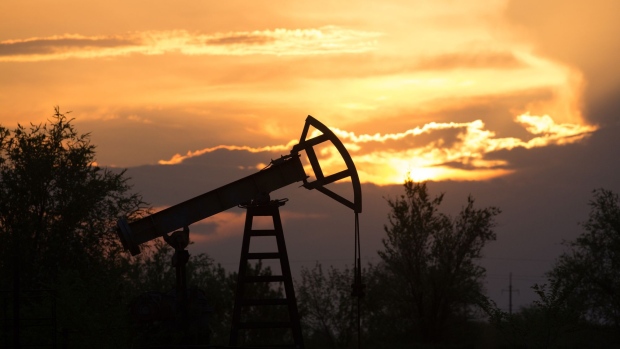 An oil pumping jack, also known as a 'nodding donkey,' operates in an oil field near Samara, Russia, on Tuesday, May 14, 2019. The nearby village of Nikolayevka in central Russia has emerged as the epicenter of an international oil scandal with authorities saying corrosive chlorides entered Russia’s 40,000-mile network of oil pipelines, causing the first-ever shutdown of the main export artery to Europe. , Bloomberg

Oil prices notched the longest stretch of weekly losses since March with U.S. President Joe Biden keeping investors guessing about whether he’ll act to tame higher energy prices that are driving a surge in inflation.

Futures in New York fell 1 per cent on Friday, yet pared some losses near the end of the session after White House Press Secretary Jen Psaki declined to say whether Biden plans to release oil from the Strategic Petroleum Reserve. She said the administration has been pushing oil-producing countries to pump more crude and seeking to ensure there isn’t price gouging at the pump.

Biden has been weighing moves that include a SPR release to try to bring down the cost of gasoline at the pump, which has hit a seven-year high. For several weeks, a small group of his top aides have discussed possible moves, according to people familiar with the matter. Consensus has been elusive, with some Energy Department officials pushing back against tapping the SPR while White House aides lobby for a release -- or even halting U.S. crude exports.

“Oil is in correction mode and the first key support is the psychologically important US$80 per barrel area,” said Phil Flynn, senior market analyst at Price Futures Group Inc. “The fear is greater than the reality of what the Biden administration can do to bring down oil and gas prices.”

Oil has marched higher this year as consumption rebounds from the impact of the pandemic, helping to stoke the fastest U.S. consumer price inflation in three decades. Soaring fuel bills and energy costs are also adding to inflationary pressures globally. The price increases aren’t seen as slowing down either. Societe Generale boosted its 2022 crude price forecasts by US$10 a barrel.

The challenge facing Biden over gasoline costs is particularly apparent in California, the state where drivers typically pay more for the fuel than anywhere else in the U.S. Retail prices now average US$4.65 a gallon, just 2 cents shy of the record set in 2012, according to AAA data.

Meanwhile, in signs of weakness in the broader energy market, the Nymex 3-2-1 crack spread, a rough gauge of refining margins for processing crude into fuel, dropped to the lowest since late September on Friday.

Oil’s drop has come as a gauge of the greenback heads for about a 1 per cent weekly gain, the most since August, on concern that rising U.S. inflation would warrant earlier interest rate hikes from the Federal Reserve. A stronger dollar makes raw materials priced in the currency less attractive for overseas buyers.