Too soon to pile into oil: Ira Epstein

Oil in New York slid as risk-off sentiment prevailed for much of the day across financial markets driven by concerns about tighter monetary policy.

West Texas Intermediate futures closed 2.2 per cent lower on Monday with the S&P 500 tumbling as much 4 per cent before buyers swept in late in the day. Additionally, gains in the dollar made commodities priced in the currency less attractive.

“Crude oil together with other cyclical commodities such as copper are suffering from the risk-off environment,” said Giovanni Staunovo, commodity analyst at UBS Group AG. “Commodity market participants have shifted their focus away from geopolitical to economic growth concerns.” 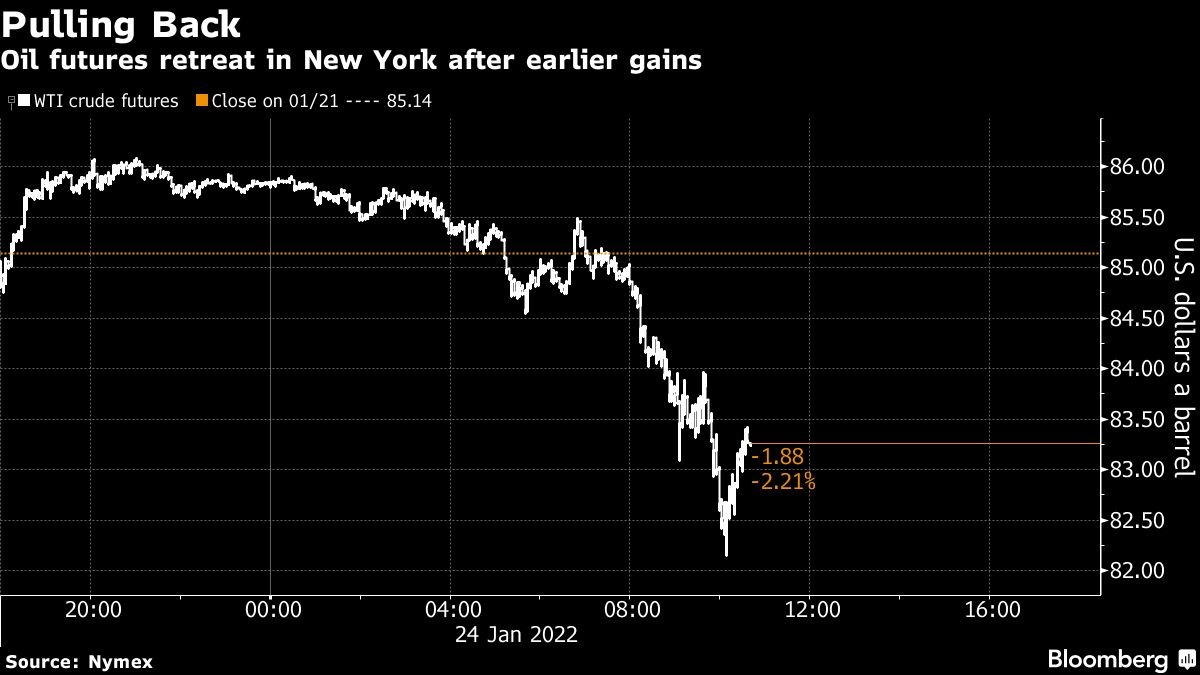 Crude recently has been buoyed by robust demand in the face of the omicron variant. Saudi Aramco said Monday that consumption is nearing pre-COVID levels. That is now being compounded by the attack on United Arab Emirates by Yemen’s Houthi rebels and the heightened political risk as Russia amasses troops near Ukraine.

“Any escalation in Ukraine/Russia tensions is likely to send oil and gas prices skyrocketing as Europe scrambles to secure much needed energy supplies,” said Ryan Fitzmaurice, a commodities strategist at Rabobank.

Despite the inherent strength in the crude market’s dynamics, there are some signs that the recent rally could be growing increasingly stretched. Money managers hold more than 12 bullish bets for every bearish one in WTI, the most since November. Crude has also recently been on a run of being technically overbought.